Young person not going to make mistake of getting old

A YOUNG person has decided they will not fall into the trap of getting old like their parents and grandparents did.

17-year-old Oli O’Connor has taken a look at everyone over 25, concluded they are repellent creatures with outdated attitudes who should be ashamed of their own decrepitude, and vowed never to let it happen to him.

He said: “I know I’m going to technically get older, obviously. I’m not a f**king idiot, unlike my dad.

“But as long as I keep up my skincare routine, still like cool new music and keep the flame of my revolutionary political beliefs burning, I think even at 30 I’ll be indistinguishable from an 18-year-old.

“It baffles me that people allow themselves to slip into old age. It’s so cringe when my mum sings along to Britpop shit that’s a million years old. Like, does she not realise?

“Or when dad’s all interested in interest rates because of ‘how it affects the mortgage’. So shameful. There is no way I’ll ever give more than zero f**ks about that shit. And I’ll never stop watching shows about high school kids exploring their sexuality. Why would I?”

He added: “It’s such a shame for old people. Probably they were never really young anyway because they didn’t have TikTok or memes. Thank God it’ll never happen to me.” 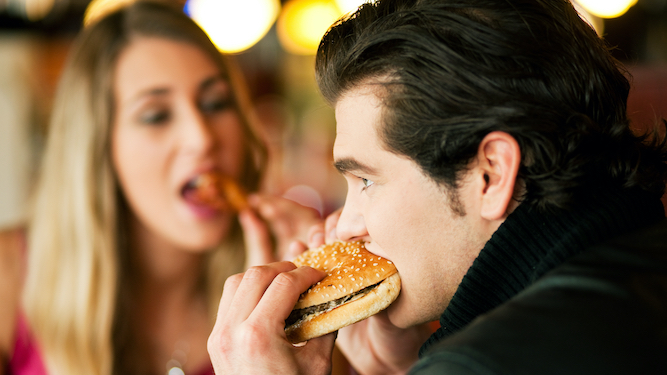 Bumping into a former colleague

You left that job because the lust between you was so thick in the air nobody could work, and also you failed your probation. Now here she is seductively poised at a bus stop a mere half-mile from your office like it’s a coincidence? No wonder she turned down coffee. It wouldn’t stop there.

Maybe it was the way you poured yourself into raw denim, W36 L30, that made the attraction between you and the shop girl so obvious. Maybe it it was just pure animal heat. But no way were her compliments because she works on commission. She wanted you.

She didn’t have to call to say you’d left your jacket at their place last weekend. It could have been a text. She only picked up the phone because of that undeniable connection, one that neither of you can admit to because it would break his heart. So she disguises it with fake contempt.

You apologised when the jolting of the train slammed you into that girl, and what did she say? ‘F**k off’. She could have said anything, but she used a word associated with the act of love. Deliberately. There wasn’t a person in the carriage unaware of the electricity crackling between you.

Walking ahead of you wearing headphones and never once glancing back