SCARED of leaving home? Don’t worry. Your dad has plenty of advice to make flying the nest even worse:

As an elder, your dad is much wiser than you when it comes to financial matters. If you’re struggling to afford rent, your dad’s advice is to put your non-existent spare cash into an ISA or invest in property. It’ll pay dividends down the line. In the meantime live cheaply by sleeping under a bridge.

Your dad will inundate you with household tips your mum has beaten out of him, like putting cling film on windows to prevent heat loss and slipping tin foil behind the radiator to keep energy bills down. The saddest part is that when you try these tricks out they actually f**king work. He must never know he’s right.

Yes, he’s made mistakes, but your dad can tell you a thing or two about relationships. He knows now that you should only have one partner at a time, and to always look sorry if your partner feels they’ve been wronged. And, he can’t stress this enough, never forget birthdays or to use prophylactics. That’s how you came along.

Changing address involves a lot of paperwork, or at least that’s what your dad hears from your mum who actually does it. Your old man isn’t completely inept though. The last time they relocated he got the internet to redirect their emails by typing the new address into Google. And they haven’t missed a spam message since.

Not one for over-sentimentality, your dad will save his most heartfelt life advice until you’re walking out the front door for the last time. With a tear in his eye he’ll lean in close and hastily whisper ‘always wear one more layer than you need, never one less’. Then he’ll give you a hearty thump on the arm to show you he hasn’t gone soft. 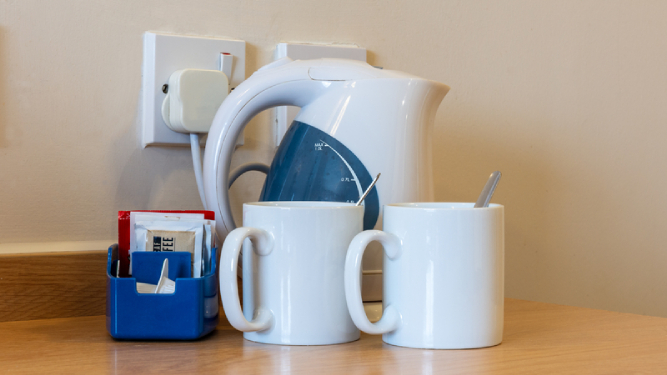 HOTELS give simple things complicated names to justify ripping you off. Here are the most pretentious culprits:

Nothing about the name ‘mini-bar’ lives up to its name. Instead of a scale model of a bar, complete with a little bartender who pours you tiny pints and listens to your woes as he cleans a minuscule glass, it’s a fridge with a glass door. And the only things inside are Snickers that cost a fiver.

What the hotel meant to say is: ‘there’s a mini kettle on a tray with some dusty cups and UHT milk pots. Have at it.’ Instead you got your hopes up that there would be an industrial-sized coffee machine and a trained barista on hand to serve you cappuccinos, even though you’re only paying £29 per night.

While this sounds glamorous, in reality you’re getting the hotel to send a minimum wage employee to your room to make your bed. On top of completing a task which you should have been taught to do as a child, said worker will also pick your soiled underwear off the floor and fold your towels into a rudimentary swan. They deserve to be called heroes.

A phrase that makes it sound as if the hotel comes complete with an entire water park, bowling alley, and Go Kart track. All the owners have done is fill a basement with treadmills and dumbbells bought second-hand from a nearby prison. They’d have bought the pool too but forensics still need it as evidence.

‘Do not disturb’ signs

This is simply just a way for hotels to make you pay double the price for a slightly larger room. In what world would any president have ever stayed in a Travelodge in Dorking? Even if they were fugitives from justice they’d stay at an Airbnb for the privacy.

You imagine yourself sitting in front of a colossal 4D IMAX screen, with the latest video game consoles laid out before you. Try to contain your disappointment when you realise the media centre is in fact a 14-inch portable television bolted into a corner you can’t see from the bed.