Your month-by-month guide to how you'll cope until October

EXPERTS have warned that Britain may be under partial lockdown for the next six months. Here’s how it will go:

Family fun with regular boardgame and movie nights, adults drinking at least five nights a week, still plenty of new shows on streaming, the spirit of the Blitz keeping everyone going.

Boardgame night now has a scoreboard and who wins matters a great deal. Each new show on streaming is devoured as hungry wolves would devour a live chicken. UK realises why so many illegitimate children were fathered during the Blitz.

The winner of boardgame night is King of the House for a week, and all others subject to their savage whims and punishments. Occasional new shows are incomprehensible in their depiction of a world where people could leave the house and touch.

Rebellion against the rightful king has divided the house into several warring factions, each of which keeps to their own darkened room. Boardgame burned and partially eaten. Television shunned and called as ‘the picture that lies’. Nobody washing anything except, obsessively, their hands.

The discovery of a unopened tube of Texas BBQ Pringles makes everyone realise how insane they’ve become, wash off the body paint, put down their home-made spears and reconvene civilisation. All gather to watch ‘Quarantine Families Go Mental’, the new show on ITV2.

With the end in sight sanity is recovered, the concepts of work and school and outside are reintroduced and Britain prepares to pretend this whole period of mass lunacy never happened, like after the funeral of Princess Diana. Then Boris Johnson announces it’s no-deal Brexit so we’ll be doing it all again in three months. 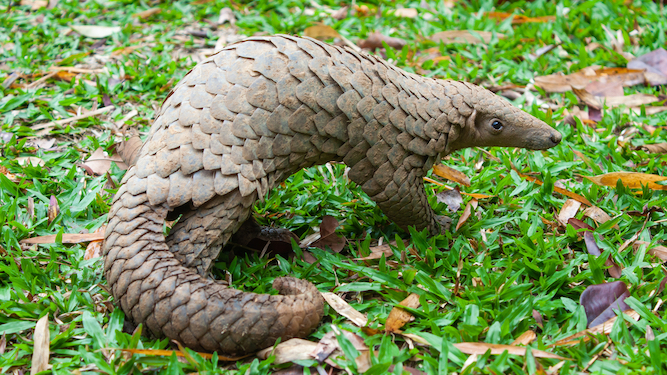 DISNEY have announced that they are delaying a film about a loveable ill pangolin who is saved by his trusty friend, a market-dwelling bat.

Piper’s Poorly Pango was already in production when the studio cancelled the sentimental movie about the unlikely duo’s quest to find a cure for a mystery illness, which takes them across all of Hubei province.

Director Tom Logan said: “It’s gutting to have to pull the plug. Pango the pangolin and Piper the horseshoe bat would have roamed China, interacting with all kinds of other creatures, to find a cure.

“The illness was really a metaphor for fear, so the movie had an important message to children about how if you share your fears by hugging as many people as possible, they’ll go away. Which is apparently ‘irresponsible’ now.

“The climax of the movie, a thrilling chase through Wuhan’s wet market, would have had audiences on the edge of their seats. Such a shame it’ll never be seen.”

“Now people are only going to want to buy them to beat them while screaming furiously. Which works for us.”