‘Yuppie’ no longer a word because everyone like that now

THE term ‘yuppie’ is not used any more because everyone behaves like that these days, it has been claimed.

The word emerged in the 1980s as a derogatory term for people obsessed with money, mobile phones and their stupid careers. At the time they were widely considered to be dicks.

However experts say ‘yuppie’ has disappeared from usage because ‘constantly showing off’ now describes pretty much everyone.

Professor Henry Brubaker of the Institute for Studies said: “Nowadays those people are just called ‘people’. It’s what you and your friends are like.”

Professor Brubaker highlighted Michael Douglas’s character in the film Wall Street, who was devised as a villain but is now considered some sort of business guru.

However architect Tom Booker disagreed: “Money isn’t important to me and I never show off. I don’t need to, I earn £98K plus excellent benefits and manage an ever-growing team for a market leading company, so I am secure in that.

“My hobbies are the simple things in life, like cooking utterly amazing food that is a million times better than anything you could ever cook.” 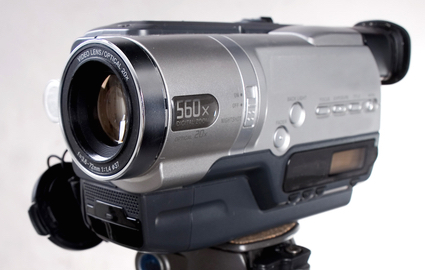 MAKING your own sex tape is fraught with technical difficulties, it has emerged.

New data shows the ongoing trend for documenting intercourse has resulted in a 98% failure rate, with most efforts looking like two pinkish blobs trying to merge.

Emma Bradford, from Peterborough, said: “My husband and I made a sex tape because we slavishly copy all aspects of celebrity behaviour.

“On the first attempt we kicked the tripod over. Then it was in some weird night vision mode that made it look like the film Predator.

“We eventually got a bit of ok footage, but then my husband edited it on the computer with the decidedly unerotic soundtrack of Sweaty Betty by the Macc Lads.”

Roy Hobbs, from Hatfield, added: “Even a subtle thing like having a half-eaten packet of Hob Nobs visible on the bedside table can really spoil the magic.”