THE war in Afghanistan was started so the Ministry of Defence could avoid a Â£13bn underspend, according to a leaked email.

The classified memo, sent in August 2001 by former deputy head of the army General Sir Denys Finch-Hatton, was circulated to more than 20 senior MoD staff asking for ideas on how to get billions of pounds ‘out the door’ before the end of the financial year.

He wrote: “At the moment we are looking at an underspend of about Â£13bn. Any chance we could organise a couple of conferences, or maybe do some away days? Should we knacker a submarine and ask for a new one?”

He added: “Don’t be afraid to be bold. At this stage there’s no such thing as a bad idea.”

Among the replies, Lieutenant Colonel Martin Bishop said: “If we get some Saudis to fly a plane into a skyscraper, that should start a war. Possibly in Iraq but probably Afghanistan, which is quite far away.

“I’ve asked around my section and the prevailing view is that it would require lots of large machines, a ship and a load of petrol. And some bombs.

“Strictly back of the fag packet, but I reckon that should soak up at least Â£10bn by March 31st. Then all we should need is two seminars and three away days. I’ve heard that Celtic Manor is very nice.”

The Afghan war idea was seized upon by General Finch-Hatton who took it immediately to prime minister Tony Blair who then set about finding a dozen psychopaths, measuring the distance from Afghanistan to London and block-booking  22 rooms at Gleneagles after discovering that Celtic Manor had a wedding on.

General Finch-Hatton said today: “Anyone who has ever been in charge of a budget knows that the most important thing is to spend it or you won’t get as much next next year. The same rules apply whether it’s paper clips, pointless trade quangos or massive international wars.

“Hitler’s accountant was a total Nazi.” 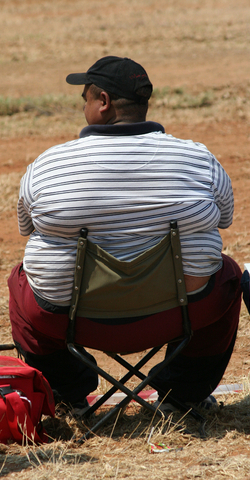 THIS year’s television schedules will focus on staring blankly at the immensely fat, it has been confirmed.

Broadcasters have unveiled their new series for 2011, all of which feature enormous people being filmed from every conceivable angle.

BBC3’s new four-parter Tubby Trek follows the life-affirming journey of Britain’s fattest man, Stephen Malley, as he is winched and towed across the Andes in search of the world’s most calorific food – a quasi-mystical paste called Gondok made from reduced yak butter, whale thigh and cloves.

A spokesman said: “This is one man’s transformation from hungry to not hungry. The scenery is as breathtaking as his big, crazy arse.”

Meanwhile Channel 5 will follow-up hit show You Wouldn’t Believe How Fucking Fat This One Is with No Wait, This One’s Even Fatter, Look What Happens When We Poke It.

“Also, when they fall over, they really struggle to get back up.

“It can actually be very moving.”