PEOPLE like your crazy neighbour with all the replica weapons are to be allowed into the army as part of a cost-cutting initiative, it has emerged. Luckily he has his own gas mask

Swingeing military budget cuts mean that the many thousands of social misfits hanging out in army surplus shops are finally going to get their long hoped-for access to heavy artillery, as plans have been announced to recruit them as unpaid soldiers.

Posters with the strapline ‘Just Because You’re Not Allowed Out Unsupervised Doesn’t Mean You Can’t Be A Sergeant’ will be appearing in depressing provincial towns across the UK.

An army spokesman said: “In every UK neighbourhood there’s at least one middle-aged ‘mental army man’ who wears full camouflage attire to the pub and owns every Chuck Norris film on VHS, piled up in his bedsit in a big Jenga-like stack next to a pewter samurai sword, a copy of the SAS Survival Handbook and the week-old remains of a Morrisons Generic Beef Dinner For One.

“From a military perspective they are mostly harmless, won’t demand any wages and even better they tend to believe they’re impervious to bullets.

“Plus they rarely have families which means even less compensation in the event of fatalities.”

He added: “We might also get people who are as good at playing Risk as some of our generals.”

It is understood defence bosses are split over whether to recruit the mental army people as free soldiers or to actually make them pay a monthly subscription fee, in exchange for which they will receive ‘army membership’ and an Airfix jeep supplied in individual parts over three years.

Mental Combat and Survival magazine subscriber Roy Hobbs said: “Despite ostensibly living with my mum I have done secret mercenary missions for years, alongside my ‘cover’ job of working nights in a fridge door factory.

“And I know how to kill a horse with a spoon.”

If Kinnock gets his way would the last person to leave Britain please kick him in the nuts? 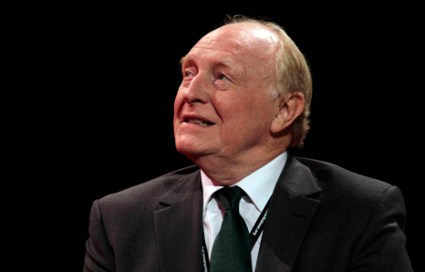