SIR John Chilcot has confirmed everything that absolutely everybody already knew the entire time.

The former civil servant has published an 8,000-page report on the Iraq war that contains exactly no revelations, surprises or bolts from the blue.

Professor Henry Brubaker, from the Institute for Studies, said: “So the WMD claims were a lie, war was decided upon well before all other options were exhausted, and there was no post-invasion plan?

He added: “We didn’t have the resources for two wars? I remember a taxi driver making the exact same observation in 2002.

“I did actually know it wasn’t impossible to predict post-invasion problems, because I predicted them in the essay I wrote for my General Studies GCSE aged 15.

“Does he include the information that water remained wet throughout the period? Well I suppose he had to leave some stuff out.”

'Welsh' fan miming very poorly to 'Land of My Fathers' 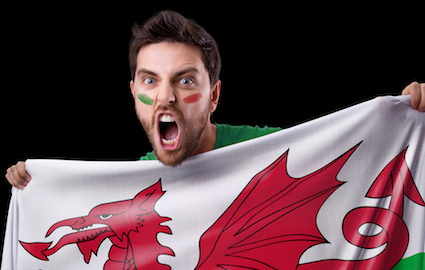 A MAN who has been keen to stress his ‘Welshness’ does not know a single word of the country’s national anthem, his friends have confirmed.

Over the last few weeks Tom Logan, who was born in England, has spoken with an increasingly Welsh accent, but appeared ill at ease when the national anthem began before the game against Belgium.

Friend Clare Bradford said: “We presumed that if Tom was as Welsh as he insisted he’d be able to give at least a passable rendition of Land of My Fathers.

“His mouth was moving up and down, but there were no words coming out, except that every now and again he’d mumble ‘Wales’ or ‘leeks’ or ‘rarebit’. It was all rather pathetic.

“We’d have given him the benefit of the doubt if he even knew where Cwmbran was or what S4C is, but he seemed to believe the former was a cereal and the latter was a character in Star Wars.

“Plus, I have a very clear recollection of Tom cheering on England against Wales roughly a fortnight ago.”