A GOOD solid war would do away with many of the ills of modern society, according to an 55-year-old office manager who weighs 18 stone.

Martin Bishop, who is red-faced and sweating after walking from the car park, believes that millenials ‘don’t know they’re born’ and need the ‘bloody wake-up call’ that armed conflict could provide.

He continued: “Young people nowadays. Complaining they’ll never be able to afford to buy a house, and yet they’ve always got enough money to spend on iPhones and ‘brunch’.

“What they need is a good stint on the frontlines, teach them what life’s really about. They wouldn’t whine about unpaid internships when they were being mortared.

“When I was their age we were fighting in the Falklands. Not me personally, but I own a lot of books about it so I know all too well what it was like. What we suffered.”

Colleage Steve Malley, aged 22, said: “Initially I was against it. But at this stage I’d take a war if it meant I wouldn’t end up like Martin.” 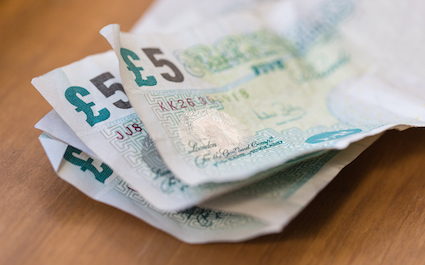 BRITONS face a race against time to spend their old £5 notes while they are still legal tender.

The nation’s cash-hoarders only have until next Friday to exchange their dirty old fivers for material goods before they become completely worthless.

Tom Logan of Mansfield said: “I’ve only got 168 hours to spend five whole pounds. Will I make it? What will I spend it on?

“Will I desperately fill a basket with Freddos? Will I blow it all on a really fancy sandwich? Will I panic-buy 100 carrier bags? It’s like Brewster’s Millions.

“The adrenaline is coursing through my veins. It’s a race against time and I have to win. This must be what it feels like to be an action hero.”

Experts are warning the public to expect a desperate game of pass-the-parcel on May 5th as everyone attempts to pass old £5 notes off on each other.

Financial analyst Bill McKay said: “If anyone tries to give you a fiver next Friday I’d advise you to punch out or go limp. If you’re holding a £5 note on the stroke of midnight, you lose.”