WORLD War One has been declared Britain’s most on-trend conflict thanks to its nice coats and haircuts.

Helped by its ground-breaking collaboration with supermarket chain Sainsbury’s, ‘WW1’ has leapt ahead of other brand leaders, including the American Civil War and ‘that one with Sean Bean and the women with bonnets in it’.

Advertising agency director Tom Logan said: “Twenty-five years ago, World War One was considered to be a load of posh men with moustaches pointing at muddy people.

“It lost ground to newcomers such as Vietnam with its helicopters, colourful explosions and Buffalo Springfield songs.

“WW1 refocused its efforts on promoting core aspects of the Western Front: the melancholy poetry, No Man’s Land football and the doomed homo-eroticism of pale-faced, dishy young men with their coat collars turned up sharing cigarettes in the mist.

“Historical records show that most soldiers in the trenches were hot.”

Attractive middle class woman does not have cookery book out 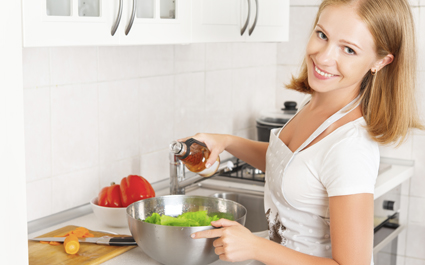 A GOOD-LOOKING woman from a nice family has inexplicably failed to produce a cookery book.

39-year-old Emma Bradford is the only member of her extended social circle not to have either a cookery manual or a deal with Channel 4 to make it into a series.

She said: “Somehow the cookery publishing bandwagon has just passed me by. I bought an apron and everything, in fact I was supposed to have a meeting with a publisher but I got the flu.

“Even my husband’s got a deal for a book called The Kitchen Hunter Gatherer: Martin’s Manly Munchies and he can’t heat up a fucking tin of soup.

“What about if I buy a gypsy caravan and sit on the steps holding a cake? Anyone?”

However publisher Tom Booker said: “Emma has the requisite very large kitchen but if you look closely she’s got one slightly wonky eye. So it’s a pass from me.”