MANKIND has commemorated World War One with armed conflicts around the planet.

From Eastern Europe and the Middle East to regions of Africa, humans marked the 100th anniversary of the first global conflict by shooting at each other.

A spokesman for humanity said: “If there’s one lesson we must take from our past, it’s that war is really good and always ends well. Any veteran will tell you that being in a war is pretty much the best thing they’ve done.

“Some cynics thought that traditional war motivators like religion and nationalism might fall away as we became more ‘evolved’ but I’m proud to say they are as popular as ever. And even better we’ve now got the planet’s dwindling natural resources to fight about.

“Right now it feels like there’s enough enthusiasm for war to keep it going for another hundred years or the end of civilization, whichever comes first.”

People know the most dickheads aged 29 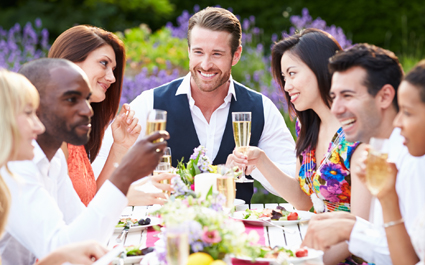 SCIENTISTS have confirmed that your circle of dickheads is biggest in your late twenties.

Hanging onto the people from school and college you have nothing in common with while fruitlessly trying to like the people you work with makes age 29 the peak year for hating everybody you know.

Professor Henry Brubaker of the Institute For Studies said: “Younger people feel obliged to socialise with those they hate as adverts tell them it’s inherently fun to be among large groups of humans.

“But as life goes on you manage to whittle down your social circle to those whose petty grievances and antipathies you agree with most.

“By the age of 80 it’s essentially you and a couple of other people grunting and tutting at the television together.”

28-year-old Nikki Hollis said: “I want to get married, just so I can move out to the sticks and ditch the horde of morons that are forever on my case to go to shit bars.”