I kind of assumed you're trying to kill me, says Gaddafi

COLONEL Gaddafi last night decided to just go ahead and assume that we are actively trying to kill him.

As the prime minister argued with some chap whose job it is to do as he is jolly well told, the Libyan leader put on his thickest helmet and moved all his stuff into a cave.

Downing Street has insisted Gaddafi is a legitimate target, while defence chief General Sir David Richards said such a move would have no legal basis before making a pot of herbal tea and showing everyone his pressed flower collection.

But analysts stressed that while both men had a point we really shouldn’t be discussing it like this as Colonel Gaddafi can probably hear every word.

Martin Bishop, senior research fellow at the Royal Institute of Fighting, said: “I would say in a loud voice that I was definitely not going to kill him and that he should go for a walk in a sparsely populated area while wearing a bright pink sombrero that can be seen from roughly 2000ft.

“If he then asked if this was just a ploy to get him out into the open so I could kill him I would reply ‘no, I just think that, what with all this stress, you could do with a bit of fresh air’.

“I would also reiterate that all we really want him to do is hand in his three month’s notice, at which point he is free to write his crazy memoirs or take up horribly disturbed watercolour painting.”

Meanwhile people across Britain said they were surprised to discover it takes more than three days to destroy everything in Libya.

Tom Logan, from Hatfield, said: “There does come a point at which you have to accept that you’re just bombing holes.”

Torres asked if he has any other skills 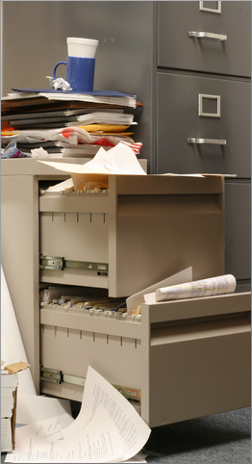 FERNANDO Torres has been asked how many words per minute he can type.

The £50m striker has yet to score for Chelsea and owner Roman Abramovich is hoping to recoup the fee by having the inaccurate Spaniard work in the back office during the week.

A vacancy has just arisen as Nikki Hollis goes on six months maternity leave which the club insists has absolutely nothing to do with John Terry’s semen.

A spokesman said: “He should have paid for himself by August 5418.”

Torres has been placed in Chelsea’s data entry section, which logs violent offences committed by season ticket holders, but has so far failed to strike up an effective partnership with filing assistant Margaret Gerving.

Gerving said: “He gets himself into the right position – Nikki’s desk next to Mr Cole’s gun rack – but at the vital moment he’ll just shank the file right over the desk and into the kitchen.

“Most days last week we just told him to go home early.”

Unless his clerical skills improve, Torres could be transferred to the Stamford Bridge security staff alongside former shorthand typist, Winston Bogarde.

But head security officer Roy Hobbs said “Part of our role is to stop fans attacking players they’ve taken a sudden but entirely typical dislike to.

“So in effect Fernando would be expected to shield his own car while he was inside it.”