'If I Cuddle An Aids Baby Will You Let Me Live?' Camilla Asks Mob

THE Duchess of Cornwall has offered to cuddle an AIDS baby in public if it will prevent her being dragged through the streets by a blood-thirsty mob.

The last ditch offer comes as mob leaders called for Camilla's surrender so they could drag her by the hair from Clarence House to Diana's favourite restaurant in Knightsbridge and then set fire to her.

The mob, including Gordon Brown, David Cameron and the Archbishop of Canterbury, dismissed Camilla's offer to stay away from the Diana memorial service, insisting that only her fiery death could give them comfort.

A spokesman for Camilla said: "What more can she do? She has already cancelled her visit to the Henri Paul memorial service and offered to wear a Diana mask at all future public engagements.

"She has even promised to sell her white Fiat Uno, and she really loves that car. It's a good little runner despite being dinged by a Merc a few years back."

But Conservative leader David Cameron said: "Look, I'm not going to pretend this isn't a difficult issue, but I do believe, very strongly, that the public execution of the Duchess of Cornwall will help the country to move on."

Archbishop Rowan Williams added: "She don't care nothin' for Diana. She finks she's queen already. We're all down here crying 'cause of it bein' 10 years since everythin' and she's just havin' a laugh. I'd set fire to her and I know that Jesus would totally up for it."

Prince Charles expressed regret at the furore surrounding his wife before flying to Austria to look at a range of possible replacements.

Amazing! Now Google Can See Inside Your Insides 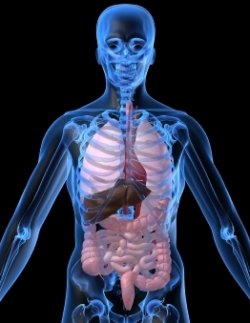 THE contents of every stomach on the planet can now be viewed over the internet from your home computer after the launch of the latest add-on to Google Earth – Google Gut.

Google Gut uses sophisticated satellite imagery and the latest in meat and vegetable tracking technologies to trace the progress of food through the intestines.

According to Google the system works best when used in conjunction with the company’s own brand processed pork products, such as the Google Sausage™.

However, Google Gut is so powerful it can also track a standard frankfurter made from sawdust and liquid meat residues from the moment it is swallowed right through until it emerges from a person’s back passage.

Eric Schmidt, Google chief executive, said the company expected to bring out further add-ons next year including Google Poo which would follow the progress of people’s solid waste matter once it exited their rear ends.

He said: “We will soon be able to track a single bite of sausage from when it enters the body through the mouth until it finally floats out into the sea as a great big turd. That is incredibly useful and powerful information.”

Carl Knutz, a technology analyst, said the launch of Google Gut would give the growing intestinal monitoring market “a huge kick up the arse”.

He said: “Before this the only way you could get anywhere near this level of information was by sticking a huge pipe up someone’s bumhole and getting them to shit out their stomachs into a bucket. But Google Gut gives you all that and more, on a plate.”