COCKNEYS will be launched from the top of a tower block if someone attacks the Olympics, it has been confirmed.

The Ministry of Defence said the rocket-propelled geezers will have a range of five miles and be told that any rogue planes entering Olympic airspace have insulted their lovely old mum.

A spokesman said: “We understand residents will be concerned about having a live cockney on the roof but the weapons will be controlled by a handler armed with tranquiliser-laced mashed potato.

“We will only unleash the cockneys as a last resort, unless of course we grow sick of them and just fire them directly into the ground.”

The MoD has been testing market stall traders on Dartmoor, where local people have reported a loud ‘CAAAHHHNNNT!’, whenever a cockney is launched from a catapult.

Early prototypes were unstable and often kicked off for no discernible reason, forcing engineers to try and hypnotise them with a live eel.

Bow resident Roy Hobbs said: “I bought this flat in the hope the area would become a gentrified haven of antique fairs and artisan bakeries, so I am peeved at the notion of a battery of tattooed cockneys on my roof.

“Surely it’s better that the Olympics are attacked and everyone dies?”

Murdoch no longer able to shoot blue lightning from fingertips 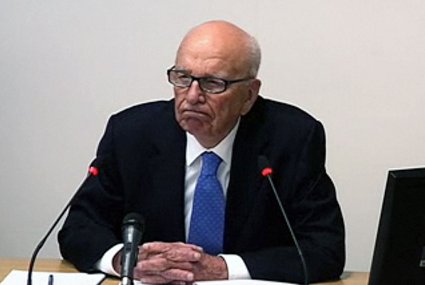 News Corp boss repeatedly stood up, pointed his hands at Leveson Inquiry QC and shouted ‘then you shall die!’ before waiting for a few moments and then sitting down again.