Rejecting unsolicited compliments is how the Nazis started, warns Mail

REFUSING to accept unwanted compliments about your appearance is exactly how Hitler got started, the Daily Mail has warned.

According to the Nazi-expert newspaper, the row about barrister Charlotte Proudman’s LinkedIn profile picture bears chilling similarities to the rise of National Socialism.

“Hitler, and his politically correct colleagues, refused to accept this harmless compliment in the spirit it was given and led 2,000 men into a pitched battle with the police in a failed attempt to prove it contributed to a culture of sexism.

“This is exactly what we are seeing today with Ms Proudman, and if we do not act now then within 16 years her crazed intolerance will lead to a continent-wide war slaughtering millions.

Archer added: “We must fight the Feminazis wherever they rear their stunning heads. Unless we meet them in person, when we won’t say anything, but will give some vicious side-eye.”

Corbyn has last supper with disciples 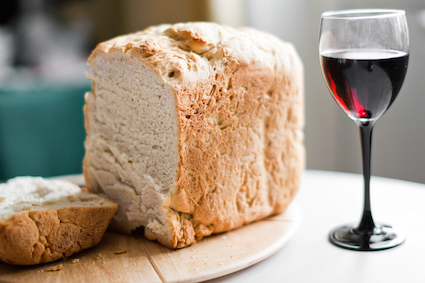 JEREMY Corbyn has held a small gathering with 12 of his closest supporters ahead of his crucifixion on Sunday evening.

With the bearded saviour expected to win the leadership contest on Saturday, Labour MPs are queuing up to deny Corbyn three times before the right wing press nails him to a tree on Hampstead Heath.

Corbyn said: “We had some bread that I baked myself and some homemade wine. I made it very clear the bread and wine were not actually my flesh and blood – I just made them. Anyway, I’m sure I won’t be misquoted on that.

“Then I assured them that three days after I’m crucified I will rise again as a quirky backbencher.”

His policies, including improved benefits for the meek, have been dismissed as unrealistic, but Corbyn, the son of a lowly electrical engineer, has attracted crowds of up to 5,000 people.

Supporter Nikki Hollis said: “Truly, he is the son of Benn.”

Meanwhile, it is understood one of the candidates celebrity supporters sat silently throughout the supper amid rumours he had sold Corbyn’s secret tax plan to the Mail on Sunday for £30,000.

Corbyn added: “So long as the party realises the folly of trying to win elections by being microscopically less awful than the Tories, it is accomplished.”