THE Queen has delivered an emotional speech to the nation about the immense joy she and her country felt on f**king the Nazis right up.

The 94-year-old worked as a truck mechanic during the war but said her satisfaction on seeing so many Nazis obliterated was as great as any frontline soldier.

Her Majesty said: “It was a time of struggle, a time of shortages, and a time when we really hated those Nazis, so one was delighted to see them f**ked up good.

“With fortitude, faith and spirit we swept across the continent smashing the Nazi war machine into pieces. Now, many years later, we can reflect and say ‘Take that, you bastards’.

“I, like so many, never saw frontline combat. But we on the home front knew we were doing our bit. Every time I tightened a nut, I imagined I was firing a bullet into a Wehrmacht skull.

“And we should not forget Hitler, who died in his bunker surrounded by the ashes of his megalomaniacal dreams. He bloody well had that coming. Thank you.”

Man sobers up for first time in two months 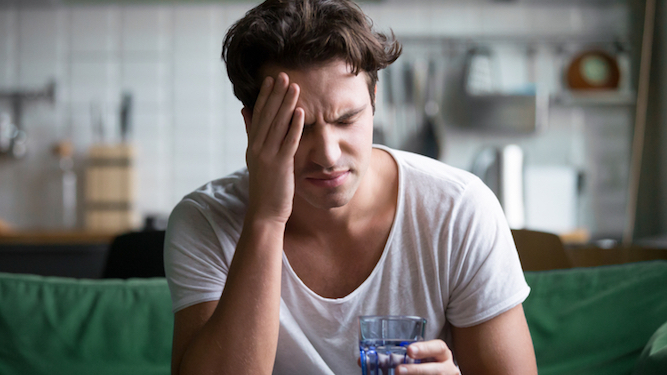 THE effects of alcohol have finally worn off for a man who has been pissed since the lockdown began.

Tom Booker has been in a state of growing terror as the last traces of alcohol left his system today and he struggled to remember why he had been hitting the bottle so hard in the first place.

He said: “This isn’t the first time I’ve had that sinking feeling in the pit of my stomach as I try to piece together what happened the night before. But this feels worse than usual somehow.

“For starters I can’t see the floor because there are so many wine bottles and crushed beer cans lying around. And apparently it’s May now? I don’t even remember Easter happening.

“I’d go to the shops to get some ibuprofen for my thumping headache, but I can’t face jostling through the crowds in town. Maybe I’ll just stagger to the pub in a minute for some hair of the dog.

“I’m guessing I started knocking back booze because it was the only way to cope with hearing about Priti Patel’s points-based immigration system. I’ll put the news on and and see how that’s going.