We thought we'd do the pandemic before the world war instead of after this time, says history

HISTORY has confirmed that it decided to do the whole pandemic before the world war rather than after this time, to mix things up a bit.

After doing the First World War then the Spanish flu in the 20th century, history thought it might be interesting to try reversing world events and see if people liked it any more.

It said: “Fair enough, after the slaughter-pit of mud and bullets Europe became last time, some people felt that killing 50 million with a disease was a bit much. I hear you.

“So this time I thought, ‘What if the pandemic comes out of a clear blue sky?’ And it got way more attention. You people really flipped for it, so I’m definitely doing that again.

“But what with starting that later we’ve lost some lead time so it’s straight into the war and the subsequent political turmoil. You know, people turning to fascism, weird cults like bitcoin, that sort of thing. It’s already happening on Twitter.

“After that strikes, energy shortages, climate change really kicking in, the Antarctic War, the end of antibiotics, mass death and finally the AIs take over.

“By about 2070 everything’s sorted and we’re in a new golden age of happiness and freedom. It’ll be great, for those of you who make it.” 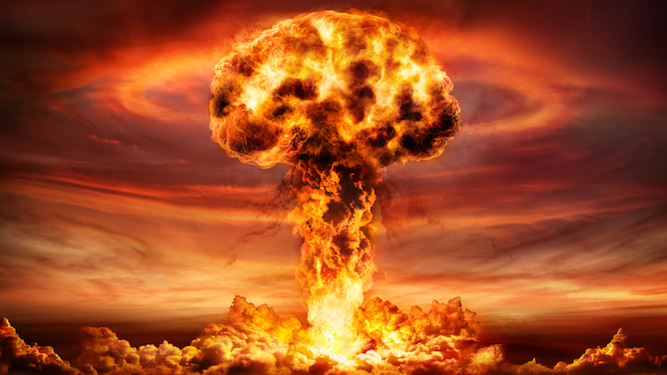 WORLD War Three has arrived just when you were busy with your pathetic little Twitter argument and fitness plan, it has confirmed.

Russia has invaded Ukraine, sparking a conflict in which the EU, USA and China will inevitably take sides, at the very moment you were wondering whether to get a garden hammock for summer.

Nathan Muir of Hitchin said: “Aw, f**k. And I was just about to get into artisanal rums.

“I thought I’d at least have time to launch my own YouTube channel before ordinary life as I knew it was blown to shreds never to return by harsh geopolitical realities.

“I guess there won’t be time to whinge on Reddit about PS5 games not running at 60fps when my kids are being drafted, petrol’s rationed and I’m boarding up the windows before the hypersonic missiles arrive. Shame. That was how I was spending tonight.”

Grace Wood-Morris, 22, agreed: “This is horribly inconvenient. I haven’t even had my nails done, and suddenly none of that shit matters and half my generation won’t survive the next decade. Downer.

“First Covid, now this? It’s almost like I lived in a world of illusions that are being ripped away and the next 25 years will be one long, painful lesson in brutal reality.

“Whatever. Teen Mom: Family Reunion’s on MTV tonight. I’m going to watch that.”