Are you sh*t at your job or is it all a Remoaner plot?

YOUR mistakes have cost your employer thousands, you’re on your final written warning and everyone hates you. But are you genuinely bad at your job, or is it all a plot by radical Remainers?

What have you done this morning?

A) Came in early to see if I could sort out that mess with the accounts and I think, not sure, I may have got two digits transposed on the payee’s account number. A bit.
B) Nothing, just the usual stuff, though no doubt if you watch the Remainer BBC you’ll read some smear campaign about me having ‘lost’ £280,000 even though I know exactly where it is.

What are you seeing your boss about?

A) That little slip of my fingers this morning with the account numbers. I’m sure it’s not a big deal. I’m sure we can get it back.
B) The bias against me from my colleagues, the canteen ladies, that cow on reception and our suppliers who keep bleating pathetically about ‘where their money is’.

What conversations are you having with your workmates?

A) Today it’s mainly stuff like ‘You did what?’ and ‘Jesus Christ, how?’ and ‘Cancel all my meetings, this idiot’s bankrupted the company’. But other times we’ve talked about Love Island.
B) Genuinely, universally, it’s all about the pathetic attempts of Remoaners to make out I’ve got a ‘flawed character’ or ‘can’t be trusted’ which they all absolutely disagree with, as does everyone.

Where do you see yourself in a year?

A) In court, trying desperately to prove that transferring £280,000 of operating capital to a German lawnmower manufacturer was a mistake, not embezzlement.
B) Running this place, because the corrupt socialists at the top can’t ignore the groundswell of support that won’t stop until I’m installed as managing director.

Mostly As: Great news – nobody is plotting against you. Your upcoming arrest, trial and imprisonment are entirely above board.

Mostly Bs: Remainers are everywhere hatching vicious plans to stop your rightful ascent to the top job which you deserve because you believe more fervently than everyone else. Sadly, they will succeed.

Britain was just brilliant around the 2012 Olympics, insist idiots 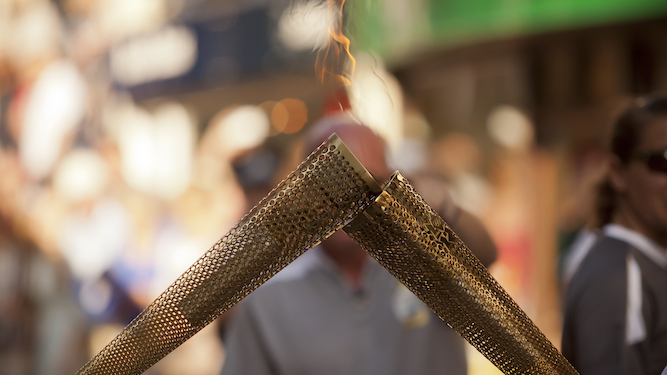 CRETINS are remembering the summer of 2012, when David Cameron was prime minister and the UK was two years into austerity, as some kind of Golden Age.

According to clueless amnesiacs the period when Britain was recovering from the financial crisis, rioting in the streets and discovering the phone-hacking scandal was a great time to be alive because of Jessica Ennis.

Tom Logan, aged 36, said: “Wow, remember that opening ceremony? Our country truly bestrode the world like a colossus. Would that those times could come again.

“Yes we were in double-dip recession, businesses were going bust, Nick Clegg existed and it pissed down all summer long, but it was incredible when Greg Rutherford won gold in the long jump.”

Nikki Hollis of Northampton agreed: “James Bond, Rowan Atkinson, David Beckham in a speedboat and the Queen jumping out of a plane. Everything should be like that permanently.

“Since then we’ve had Brexit, Corbyn, May, Adele losing her voice, my husband running off with a teaching assistant and season eight of Game of Thrones. Everything’s gone to shit.

“I’m just glad the Olympic stadium was sold off on the cheap to a football club owned by a mass-market pornographer. That’s the spirit of 2012 right there.”