Dear Donna. How can I deal with my arsehole boss? Nikolai, 3rd Spetsnaz Brigade

My boss is a complete arsehole, ordering me and my colleagues to do things we’re not happy about, such as our current works outing to Ukraine, which he said was a three-day team-building exercise, but that was more than a month ago and we’re still stuck here and he won’t let us go home.

We’d love to tell him to get f**ked and quit, but he’s the kind of tinpot dictator who holds a grudge and would take revenge on us. How can we deal with him?

Unfortunately, we all have to deal with terrible bosses at one time or another, and yours sounds like a bit of a tyrant!

The first step is to make a formal complaint to HR and put it on record that you’re unhappy. You also need to begin keeping a diary of incidents where your boss crosses the line. It will help you cover your back in case the matter is escalated to middle management, and will be useful evidence for war crimes tribunal prosecutors in the Hague.

Another approach is to try to meet your boss in a more social setting, where the pressures of work aren’t foremost on his mind, and air your grievances. The fact he hasn’t joined you on the works outing speaks volumes about him. After all, good leaders lead from the front. Maybe email him and invite him to join you and your colleagues and see what he says.

The third approach is to overthrow him. Perhaps you and your colleagues could go to head office together, drag him out and string him up by his ankles from a lamppost outside. It’s drastic, but drastic measures can be the only solution with difficult colleagues.

Six wanker tradesmen you have to invite into your home 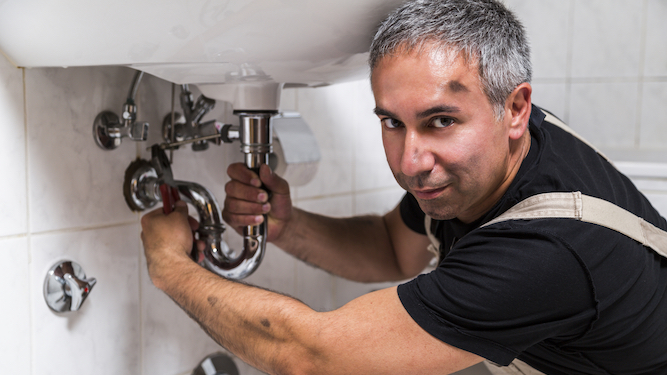 BOILER buggered? Need extra plug sockets putting in? Chances are the workman who comes over will be an opinionated wanker charging you to listen to his crap:

The electrician disgusted by your ignorance

Simple questions about which circuits govern what and behind which walls your lines run are met with total incomprehension, much to his contempt. It’s the worst kind of bigging yourself up and you could burst his bubble by mentioning your own specialist workplace skills. Pointless though, as he knows every other job is bullshit.

The one who’s always buggering off

This tradesman keeps leaving to get another part from the yard. However he disappears so often you’re starting to think a more plausible explanation is that he’s leading a secret life as a superhero and keeps hearing a bank robbery six towns away.

The twat with right-wing opinions

Not all tradesmen, no, but there’s always one who jumps right in with his obnoxious views. You keep your input to a noncommittal ‘Mmm’, thus tacitly agreeing that the EU is sabotaging Brexit because they’re funding a radical Islamic takeover. It’s cowardly, but you try sticking to your principles when the toilet’s been broken a week.

Not into football? A visit from this dishwasher installer involves an enormous amount of bluffing. Of course you could grow a pair and admit straight out you don’t follow football, but somehow your brain makes you say feeble things like ‘Yes, I hear Liverpool are back on top like in the Ian… Rush? days.’

He’s definitely got a bad attitude because you work on a laptop and have a degree. You only wanted some floorboards in the loft, not bloody class war, and it’s actually quite annoying because you’re not privileged in any way. Still, he’s set the tone, so you won’t be offering an Earl Grey or dark chocolate ginger biscuits to this beastly plebeian.

This polymath knows everything from the true motivations of the government to what universities teach these days. Unfortunately it’s all bollocks. And it will soon become apparent when he says ‘Ted Heath used to have threesomes with Cliff Richard and Reggie Kray, but there was a cover-up.’