A MIDDLE manager who says ‘interweb’ instead of ‘internet’ is a joy to work with, it has been confirmed.

Colleagues of team leader Richard Jones have expressed their delight that he persists in using the term, as well as ‘amazeballs’ and ‘jus sayin’.

Employee Sasha Thomas said: “Richard is such a brilliant guy – his language choices demonstrate that all day, every day.

“He says ‘nom’ every lunchtime while he’s eating his pasta salad and then tells us about something ‘amazeballs’ he found on the ‘interweb’. He’s awesome.”

Office manager Tina Graham said: “He was giving a speech about making several people redundant last week and managed to slip in an ‘obvs’ and a ‘jus sayin’.

“That’s commitment. What a cool dude.”

Should you pick that towel up off the floor, or let it rot for the next three months? 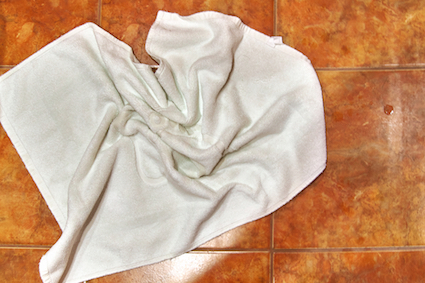 Take our simple quiz to find out whether the wet towel you used should go back onto to the towel rail, or remain on the floor to become all mouldy.

Mostly As: You should probably pick up your towel off the floor.

Mostly Bs: You’re the kind of creature who revels in rubbing a crusty, stinky towel against your body to get you nice and dry after a shower. You love that questionable smell that lingers on your skin and you revel in the convenience of fishing this wretched science experiment right off the floor to use again. It’s just so handy.

Guillermo del Toro will probably make a film about you.