Homeworker genuinely surprised to learn not everyone browses pornography while working

A HOMEWORKER has been shocked to discover that not all jobs are done while simultaneously browsing pornography.

He said: “You open the laptop, you check emails, you open whatever you’re working on, then you open something motivational to click on just for when you need a bit of mental downtime. You know. Girls and that.

“I’m strict, I don’t let it distract me. Softcore only before lunch. Hardcore to get me through the afternoon slump, but only picture-in-picture because I have to stay focused.

“You’re telling me that in offices, they don’t look at any looping gifs of the good stuff for eight hours straight?

London to take weeks to recover from 20 minutes of snow 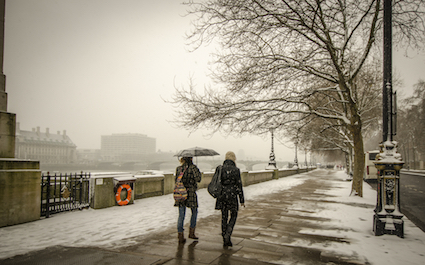 LONDONERS have been warned to brace themselves for severe delays on roads and railways for months to come following yesterday’s 20-minute flurry of snow.

With snow falling up to a millimetre deep in some parts of London, the city’s infrastructure has inevitably buckled under the strain.

A Transport for London spokesman said: “We have taken a pounding.

“Temperatures plunged to as low as five degrees in parts of the city, and our network simply cannot cope with relentless, Arctic onslaughts like this. We’re a sunshine country, built for sunshine.”

Commuter Nikki Hollis admitted she was dismayed at the news that her bus was cancelled until February, but that she understood.

She added: “It was one of those ‘Where were you when Snowmageddon happened?’ moments. Luckily I was indoors but even Facebook was a blizzard of ‘Snow!’ ‘OMG snow!’ ‘OMG snow LOL!’

Mayor Sadiq Khan said: “Let the snowflakes tumble down in their tens, their dozens, their hundreds. We will withstand them as we withstood the Luftwaffe. Expect gridlock on the M25 till March.”