How to boss people around by just wearing really expensive clothes

YOU could save hundreds of hours learning management skills by just dressing like an ostentatious arse, it has been confirmed.

Researchers found that dressing like one of those dreadful twats you see tumbling out of over-priced restaurants is all you need to gain total control over your team.

Workplace fashion expert Tom Logan said: “An absurdly expensive suit conveys the idea that you’re a shallow, rich, bastard who has done awful things to get where you are.

“Buy a £2000 silky blouse with patent leather epaulets that screams ‘I’ve ruined lives’ and your team will be in the office until midnight.

“And nothing says ‘I will fuck your career if you fuck with me’ like a pair of handmade brogues that cost as much as a flight to Barbados.”

He added: “To get started go to a boutique where you have to ring a bell to get in and are served by a dead-eyed shop assistant with an attitude that regularly wilts flowers.”

What if they become friends? asks terrified world 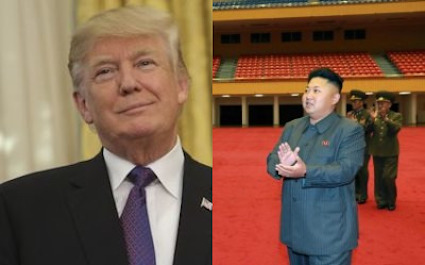 THE world is terrified at the prospect of two spoilt, freak-haired idiots becoming best friends.

Experts stressed that a meeting between the world’s two most self-centred, childish leaders, neither of whom cares about peace but who like being important, is in danger of being a deeply disturbing success.

“When both leaders step away from the negotiating table to show off their kung fu moves, each claiming to know a secret death touch so powerful they would never use it, they will bond. At that point, an insanely dangerous relationship is inevitable. I’m thinking Darth Vader and Grand Moff Tarkin from Star Wars.”

Professor Brubaker added: “From then on the world will live in fear of their moronic solutions for major international problems. China will be told they could do worse than Kim as leader. The USA will be advised that democracy is so 20th century.

“Eventually, behind closed doors, they will compare penises and conclude that each of them is endowed beyond all ordinary men.”