How to get your boss to agree to whatever you want

IS your boss being a dick about giving you a payrise while moving you to a three-day week? Get around their spurious objections:

Say ‘We need to get ahead of challenges in retention right now, given the cost-of-living crisis’ and they’ll decide your 10 per cent pay rise is the proactive, strategic thing to do. Unless they veer off into insanity like ‘Good thinking. We’ll have a fun team quiz every Friday at 6pm.’

Put it in Powerpoint

A line chart is way more credible than basic beginner stuff like words, especially because your boss never learned how to read graphs properly, has been bluffing since 2008 and will agree to anything to make it go away.

Give them three choices and make it the middle one

Bosses are busy. They like easy solutions. Giving them three options remind their childlike management brains of fairy stories, and they will immediately latch on to the middle option because it’s the most reasonable. It is also the least like making an actual decision, which is the greatest fear of all managers in case it comes back to bite them.

Run it past their boss first

Your boss is essentially a useless, overpaid link in a chain. Short circuit the whole process by presenting it, very briefly, to their superior. He won’t make a decision but you can now go to your boss and act like your company BMW is a fait accompli. Will you be resented? Absolutely. Is cutting them out the most efficient way? Absolutely.

Multiply by an insane factor

After a 10k pay rise? Ask confidently for 100k. Act as though anything less is an insult and absolutely beneath you. Put on a show of being cajoled into accepting their logic and persuaded by their flawless reasoning as they give you a tenth of what you want. Wear a pained, beaten-down expression while they fall for your psychological trick.

Whose fault everything is because it's not ours: a government guide 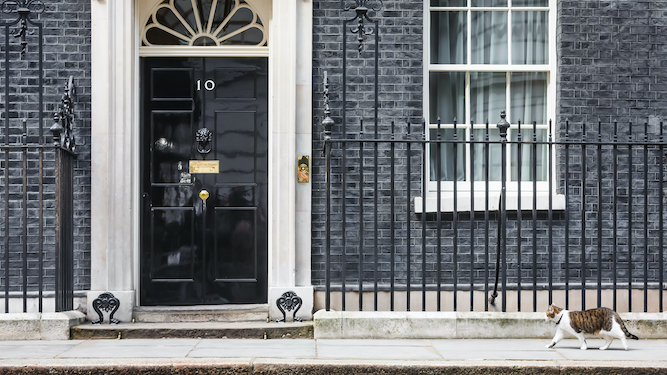 OUR once-functioning country is in a terrible mess, none of which is our fault. Instead, direct blame to these enemies of democracy:

The Labour party has been synonymous with strikes since the 1970s, which they’re now taking us back to despite not even being in power. They are the puppetmasters of the rail unions while dancing on union strings. Keir Starmer ordered these strikes. They’re nothing to do with inflation.

Bloody Putin and his wars, causing inflation by pushing up gas prices and food prices and sparking labour shortages. That last one’s definitely him, not anything else. Damn you, Putin! You won’t beat Britain! Our brave electorate will put up with a two-year recession and still defiantly vote Conservative!

Half the country hasn’t had a single burglary investigated in three years. Why? Because the police are too busy investigating false ‘crimes’ like a short man being discriminated against by a high counter at a sandwich shop. It’s political correctness gone mad, and it’s selling your PS5 on eBay.

Why didn’t the short-sighted EU foresee the problems with the Irish sea border when they signed the Brexit deal? Why didn’t the DUP, who were in government at the time, say anything? But no, they went blithely ahead like ‘getting Brexit done’ was more important than the details and left us to sort out the mess.

Absolutely no way did Brexit have any inconveniences or economic downsides attached until the Remainer elite conjured them into existence by thinking about them. Every airport queue, massive rise in immigration and forecast for zero growth is their fault. They did this to you.

Remember the togetherness we felt as a nation during that first lockdown? Remember how proud you felt? Then the BBC, in its guise as the Daily Mirror, revealed that Downing Street had been partying throughout and now you feel sick, cheated and betrayed. All because the BBC couldn’t keep its f**king mouth shut.