Man can't believe woman behind till isn't uncontrollably attracted to him

SHOP assistants who are friendly are just doing their jobs and do not desperately fancy their customers, men have been told.

The workers confirmed that they are trained to be nice to everyone because it encourages them to spend more money and are not inviting pathetic men to make passes at them.

Shopper Martin Bishop said: “I know I’m an incredibly attractive man because whenever I go shopping the woman behind the till always flirts with me. I can tell she’s flirting because she smiles and says hello.

“I like supermarkets best because I can do a really big shop which takes ages to beep through, maximising the time the sales assistant can spend trying to get into my pants.”

Shop assistant Emma Bradshaw said: “Oh, you mean that weird bloke who comes in twice a day? Yeah, we humour him because we think he’s a bit mental.” 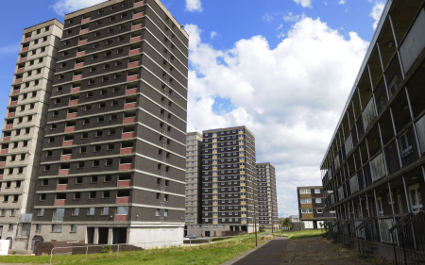 PEOPLE claiming benefits are to face sanctions if they do not appear in a Channel 5 documentary about unemployed people.

Anyone claiming Jobseekers allowance for more than two weeks will now have their money stopped altogether unless they appear in Dole Scum on the Run or I’ve Got Five Kids So You Should Probably Vote Tory.

Jobseeker, Donna Sheridan said: “They told me if I don’t turn up for filming on Monday morning in tracksuit bottoms, smoking a fag and drinking a 35p energy drink then they’re going to stop my money.

“I told them I don’t smoke or like energy drinks but they said they’ll happily pay for them.”

Fellow jobseeker Martin Bishop added: “I got a letter telling me to appear in a disgustingly bad taste documentary aimed at Tory voters who need to be reassured that everyone claiming unemployment benefit is a scrounger out to screw the system.”