Wayne Hayes, 32 and chronically flatulent, spent a 90-minute team conference chuffing away in front of his happily unaware superiors.

He said: “Meetings used to be a constant battle between me and my errant guts, but working from home has changed everything.

“The mute function has truly changed my life. I was letting rip non-stop in today’s meeting, from the analysis of last quarter’s performance to the outlook for next year.

“Even when the CEO popped on to talk about the new company mission statement, I was trumping like a lord. I’m living the dream.”

Later this month he will go too far when he follows through during an appraisal meeting and has to fake a broken internet connection. 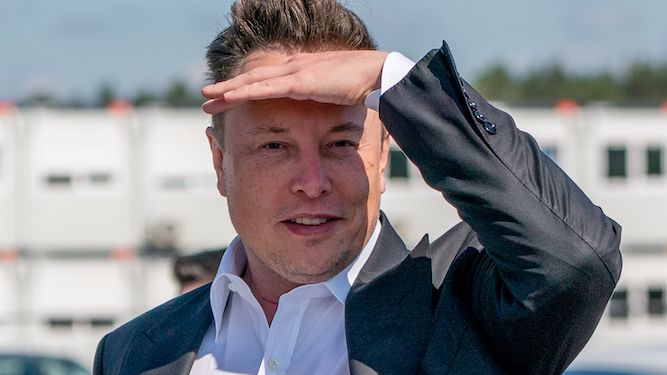 SOUTH African Elon Musk has announced that now he has conquered space he has a new project: a spaceship that can fly right up his penis.

The billionaire inventor described his own urethra as ‘the final frontier’ and hopes to have the remote-controlled craft ready to go up there by summer 2021.

Pulling a miniscule sheet off the rocket with a pair of tweezers, Musk said: “The mysteries of my penis have been unexplored – until now.

“Project NanoDick is a miniscule spacecraft that will go right up my piss pipe and discover whatever lies beyond. We are truly in a second age of enlightenment.

“The whole thing will be streamed live, so viewers around the world will watch the craft home in on my meatus, pass beyond it and begin a voyage to a world unknown to science. £19.95 per stream.

“We do plan to create one for girls, because they like science too, as soon as the Tesla engineers work out where girls do a wee from.”

Professor Julian Cook said: “We know what’s up there. It isn’t a mystery in any way. Also, how come he’s a billionaire when nobody buys his cars?”