A MAN who has been fired nine times in a row for incompetence and dodgy dealings is applying to be a Conservative MP.

Martin Bishop feels he needs a job he cannot be sacked from, after being dismissed from roles including shelf-stacker, children’s party clown, data inputter and handing out pizza flyers.

Bishop said: “If I had to admit to two small flaws, they are that I am absolutely useless and venal beyond belief. But now I feel it could work in my favour.

“All my previous jobs have ended badly, not least my cushy number as a bingo caller where I tried to take bungs to make the players’ numbers come up.

“Then there was my short stint as a postman where I didn’t see any need to actually deliver the letters and just dumped them in a river.

“If I become an MP in a safe Tory seat like Hampshire North, I can’t see anyone sacking me as long as I keeping saying some nonsense like ‘Let’s get Boris’s bloomin’ brilliant Brexit done’.”

A Conservative party spokesman said: “Mr Bishop sounds ideal. We’ll be sending him our approved list of slogans and half-truths to repeat on the news immediately.”

Northerners delighted to see what scum Southerners really are 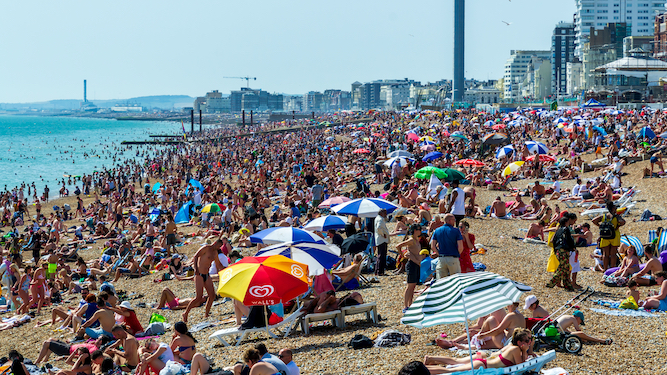 NORTHERNERS are enjoying the scenes at Bournemouth beach that prove once and for all that Southerners are just scum with fancy accents.

Huge crowds of idiots flinging litter in Bournemouth, Southend and Durdle Door have confirmed to Northerners that the South might imagine itself posh and cultured, but is actually a cesspit of bull-necked, piggy-eyed, foul-mouthed louts.

Northerner Jordan Gardner said: “I took a constitutional along the promenade at Morecambe Sands the other day. Everyone was distancing, greeting each other with a polite tip of the hat and taking their rubbish home with them.

“Meanwhile in Bournemouth, where apparently they think they’re so good, they’re packed onto the sands fighting and f**king and crapping in burger boxes like angry red apes.

“We’ve let them get away with this myth that they’re better than us for too long. They’re the absolute dregs. People should wind up their windows when they drive through the Cotswolds.

“The next time I meet someone from Henley-on-Thames, I’m going to thrust a can of Stella and a bucket of KFC into their hands to pacify them then back away carefully.”