Newsreaders and other people who only work seven hours a week

WHILE we throw away our lives at work, Sophie Raworth and the like do an hour a day maximum. Here’s the best careers if you like a doss:

Not only are you doing a couple of bulletins a day with the afternoon off to spend in the pub, the outside reporters and correspondents do all the work finding stories and telling viewers about them. Add in the adverts and weather and sport and it’s maybe 30 minutes graft.

It’s an easy life. Three hours a day of talking a bit then playing a record. And the producer pushes the button that plays the record, and if you’re lucky enough to be on commercial radio they put lengthy ad-breaks before the songs, and on classical radio the songs last 40 minutes. Basically a series of interrupted naps.

A 100-metre sprinter needs to be finishing their only job in around ten seconds. Even if they ran nine races a day that’s 90 seconds. The rest of the time they’re training, but training’s eating pasta and chicken and going for a jog now and again. You only have to work late once every four years, at the Olympics.

Every time you go in a mattress shop, once a decade at most, there’s two members of staff both bored shitless. Given you’re the first customer they’ve seen all week you’d think they’d be pleased to see you, but it’s work innit?

Airline cockpits are crammed with complicated machinery and thousands of switches, buttons and dials. But it’s an open secret that planes fly on autopilot, with pilots only doing takeoff and landings. They sit with their feet up doing the Puzzler just like security guards. However unlike security guards they can’t nip out for a spliff.

No offence to the great Gareth Southgate, who’s doing a fantastic job, but he’s not going to work another solid month until next winter. With the best will in the world there’s only so much management you can do when the players are scattered across a continent. Still deserves to be knighted. 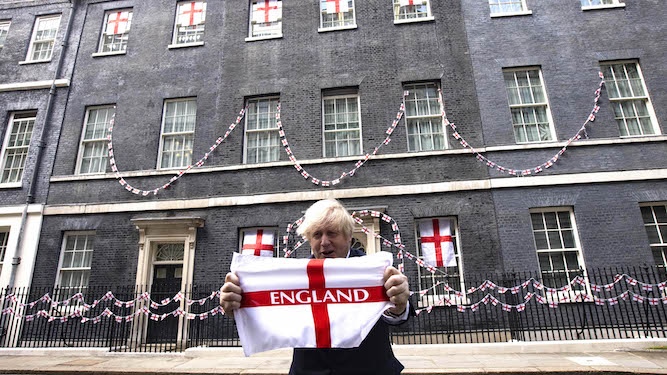 ENGLAND didn’t win, but the country really felt it had achieved something these past weeks only to be forcibly reminded it hadn’t. These bastards have ruined it:

The racists at Wembley

And/or hooligans, because some of those who forced their way in could be impeccable social justice warriors. Yeah. Booing and attacking black fans after the game, our home-Euros-by-stealth has proved that we can’t be allowed a proper one, so fulsome thanks from the nation.

You were chanting their names and willing them on until the final kick of the f**king game, then you turn on them like a crimson-eyed pitbull. How marvellous that pieces of total shit can use social media to instantly and personally abuse their former heroes.

Almost seem wholesome compared to bigots who hate their own team, but still scum. Italy’s lovely and suave Italian men in Armani jackets or gorgeous Italian women riding Ducatis are so plainly better than you. Your Twitter handles have been passed to the Mafia.

The racists in government

Because Rashford campaigned for children last year, he hit the post last night. Really? Or perhaps you’re a home secretary or prime minister who condoned booing England players because you don’t like to upset your voters. Thanks. You made all of the above just a little bit more possible.