Pissing in a bottle and Ginsters for breakfast: have you got what it takes to be an HGV driver?

POST-BREXIT haulage companies are in the shit, with 10,000 drivers urgently needed. But could you handle being a knight of the road?

Pissing in a bottle

Unlike car drivers, who can relieve themselves at a services or layby, lorry drivers don’t have time to stop. They’ve got to manipulate their dick into the neck of a Lucozade bottle, urinate, seal it carefully and chuck it out of the window, all while driving at 56mph and keeping their revs up.

Lorry drivers are legally exempt from the five-a-day rule and survive on Ginsters, Pepperami, Walkers Max crisps and cans of Monster. Eating at a layby burger bar called Dirty Dicks run by a bloke with a fag in the corner of his mouth is Michelin dining for you.

The only social contact you’re getting for the next 14 hours is overtaking another haulier very, very slowly, so savour it. The glances you exchange as you draw alongside your fellow driver are as pregnant with meaning as any in Brief Encounter. Don’t worry about blocking the entire dual carriageway, it makes it safer.

If you hate your family, this is the career for you. Spend your evenings parked on the A500 outside Stoke with no internet and a third-hand Jack Reacher to read, listening for the sound of a break-in. Arrive home to see the kids at 8pm before leaving at 5am the next day.

If you’re back-and-forth to the EU, you’re spending most of your days stationary in Kent. Developing a deep love of the M20, its flora and fauna and the sights and sounds of the roadside, is crucial. You’ll be parked in a conga line with your trucker mates waiting for cross-border f**k-ups to be sorted out for decades to come.

Why I was right to support this terrible tragedy, by every MP 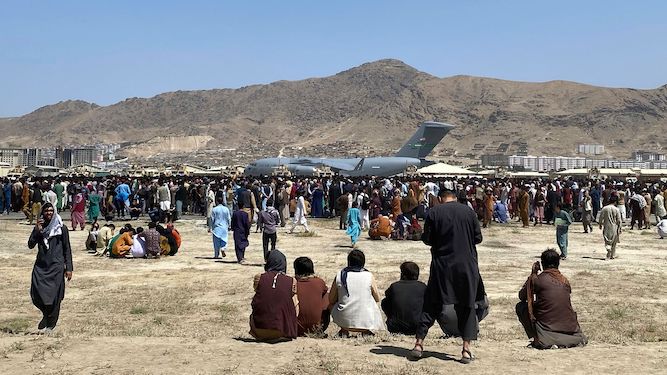 THE situation in Kabul is heartbreaking. But when I wholeheartedly supported the invasion in 2001, you have to admit it was pretty bloody exciting and badass.

Yes, things are looking a bit tricky for the average Afghan, but spare a thought for Members of Parliament like me who, 20 years ago, had to take the agonising decision to line up and look resolute on TV before having a nice lunch.

We faced an enemy we didn’t understand in a country we know nothing about with confused military objectives. But when I stood up in the Commons and supported the war, I felt like Churchill dressed as Batman with a lob on.

The intel was conclusive. I saw a diagram of Bin Laden’s underground HQ in the Daily Mail and it was like something out of a Bond movie. Could we really risk another Blofeld on the loose?

My fellow MPs and I weighed the evidence, checked the press was in favour of our boys getting stuck in, and decided to do whatever the United States was doing. So you can hardly blame us.

No, the people to blame for this tragedy are Joe Biden, the BBC, faint hearts like Corbyn, whoever built all those great roads the Taliban are using and the Afghan president. My hands are clean.

I’d vote for exactly the same thing again without qualm, just as I did with Libya and Syria. Now let me get to the Members dining room before they run out of sea bass.