Six tips for success not as effective as 'have wealthy parents'

STRUGGLING to make something of yourself? Try these honest, hard-working tips and still lose out to someone with millionaire parents:

Hobbies, dating, personal possessions – all of these things get in the way of you and your success, so get rid of them and start living like a monk. With a bit of luck your focused approach might get you an entry level job at the company your rich-parented friend has been running for five years.

Know exactly where you want to be in five years, but pave the way there with smaller goals that are actually achievable. That way, even if your dad didn’t have columns in several broadsheet newspapers which you’ve inherited, you can still tick ‘buy new underwear’ off your list of hopes and dreams.

Don’t be afraid to fail

You should never be afraid to trip and fall on the road to success. That girl you went to school with whose parents own a multi-million-pound law firm isn’t afraid to fail, mainly because it’s impossible for her to do so. You on the other hand need to get used to this inevitability.

Picture success. Write it down, draw it out, anything. Just concentrate on visualising a world where you succeed with all your might, because that’s the closest you’re going to get to success without being descended from landed gentry.

Do something you love

…strictly as a hobby. As much as you may want to be the next big movie star, that’s for the kids of the current big movie stars.  Try to think small – even smaller than that – and one day you’ll be able to say you do what you love, at the local am-dram theatre, in a minor role.

How to convince yourself you like the home you can afford 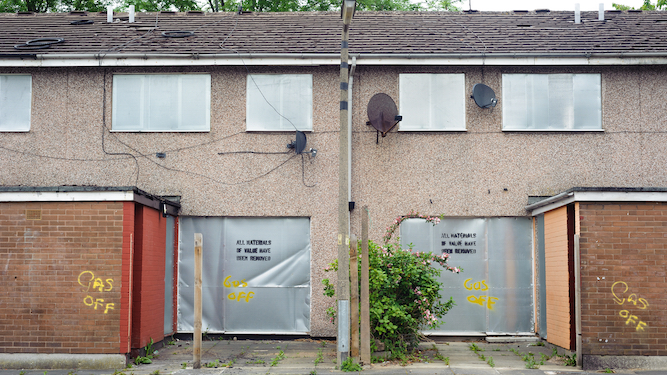 NOBODY can afford to buy a house and renting is hell. Convince yourself you’re delighted with what your budget stretches to with these lies:

As an animal lover, you adore being soothed to sleep by the midnight howling of your neighbour’s Staffy. And its deafening barks, honed by rounds in the dog-fighting ring, are a reminder that you live in a community with traditional British sporting interests.

The nearby sewage refinery is amazing

Being environmentally minded, the inescapable odour of biologically-treated wastewater is perfect for you. A big lungful of degrading bio-matter smells like victory against the climate crisis, and after a couple of decades you won’t even notice its pungent stench.

It’s so handy for the dual carriageway

Literally open the front curtains and there is is, the A31, roaring by just a pavement and a concrete barrier from your door. How can anyone not love that kind of convenience? Except you don’t own a car and there isn’t anywhere to park one.

Living under a railway arch is a hipster’s paradise

For the price of this converted workshop under the line to Didcot Parkway you could buy a sprawling five-bed house in the Midlands or somewhere. But honestly, the ingrained stench of oil is so authentic and heritagey, and the trains sort of sound like the ocean crashing on a beautiful shore just above my head. Sort of.

The drug dealer next door is also a DJ

On the down side, there would be a steady footfall of unfriendly characters banging on their door. But on the plus side, having a drug dealer on the other side of the wall opens your horizons to all kinds of 120 BPM bass-heavy music which is best enjoyed late at night.