EVEN in post-Brexit Britain’s upside-down economy, marketing executives on £30k would rather stay in the office than do this dispiriting shit:

When you can earn £30 an hour, surely capitalism dictates that everyone should be running to Lincolnshire to work 14-hour days and sleep with four other pickers in a static? No, because uprooting broccoli is back breaking toil and the job’s ‘up to’ £30 an hour, meaning hit insane quotas or earn a pittance.

Another sector teeming with vacancies because the available positions will haunt your nightmares. Slaughtering animals doesn’t even pay that well, presumably because anyone dismembering corpses with a saw would do it recreationally anyway. Or has worked in hospitality.

Anything in a pub or restaurant

Pub and restaurant staff are aged 18-25 precisely because they haven’t figured out that practically any other job is preferable and escaped. Even if you’re evicted and bankrupt, you’re not pulling pints for pissheads for minimum wage and getting home at 1am.

The average refuse collector earns not far what you’re getting with your white collar job and £45,000 student debt. They have to get up early and fight rats, but they play a vital role in society unlike you, who thinks you’re better.

Hugely skilled position whose reward is to be treated like shit. You know how successful bands and comedians whinge about being on tour and eating three Ginsters meals a day? That’s the life of an HGV driver, and with many fewer groupies.

Everyone knows this earns. Nobody wants to wake up and look themselves in the mirror knowing their job is to determinedly rip off the elderly, the impressionable and the innocent young buying a bedsit with plate fungus. When you could improve your social standing by becoming a politician or mobile phone contract salesman, you’ve hit bottom. 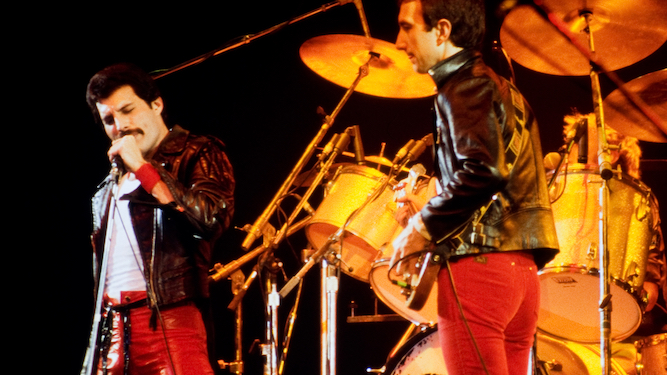 THERE are profoundly moving pop masterpieces and there’s All Saints’ Never Ever saying ‘the alphabet runs right from A to Z’. These lyrics also state the obvious:

‘Put a gun against his head, pulled the trigger, now he’s dead’

Thanks for talking everyone through that sequence of events. It didn’t seem likely the guy had got up and gone to get a plaster. The rest of the song makes up for it by being baffling nonsense howled by a choir of thousands.

Was Johnny warning a junior Cash not to touch the gas ring? Did his warning need to be so catchy? It’s a fairly basic fact to need to establish. To pad things out, he could have added ‘walk around it at a safe distance, call the fire brigade, and keep fireworks in a tin.’

‘We are family, I got all my sisters with me’

We Are Family, Sister Sledge

To be fair, if you were unaware that Sister Sledge were four sisters called Sledge in 1978, this song would have effectively conveyed that. In the 43 years since that’s become accepted fact and unnecessary to mention and yet the Sledges are still on about it on every oldies station.

Thanks for imparting that valuable information, Robbie. A real wake-up call for anyone who wrongly believed that you were welding a panel at a light engineering works. We could tell you were singing your song. Do you know why? Because we were listening to you do it.

‘I fought the law and the law won’

I Fought The Law, The Clash

Any time individual going up against the police and legal system has the odds stacked against them. Even more so for punks with socialist ideals going against Thatcher-era Britain. It’s a David v Goliath fight, where Goliath is 110,000 police officers armed with truncheons, riot shields and very few doubts about violence. The winner was pre-ordained.