Should you get three weeks paid leave to bond with a new pet? F**k no

YOU’VE got a new puppy. Should your employer give you three weeks paid leave to enjoy learning to live and grow together? F**k they should:

You wanted the bloody thing

Yes, people want children and get time off for them. However newborn babies require much more care than puppies and play an important role in perpetuating the species. Your cockapoo has no such merits. It’s like asking for three weeks off because you’ve got a PlayStation 5.

No matter how caringly you raise this thing, it’s got limits. It’s never going to grasp mathematics or language or why nobody else is enjoying the sweet fragrance of bull mastiff piss on that postbox. What will three weeks really achieve?

If it wrecks your shit that’s your problem

Chewed-up cushions? Vomit on carpets? All because your nervous puppy’s been left at home? Sounds bad, but three weeks at home’s going to do nothing but convince it you’ll always be there, dogs are thick like that. If you don’t want your dog to wreck your house, don’t have a dog.

The right is too easily abused

It’s not a friend. It doesn’t understand you. It’s only always there for you because it’s locked in your house, and it only loves you because you feed it. You don’t need three weeks leave for that crushing realisation to hit.

Absolutely f**king not on that basis alone. 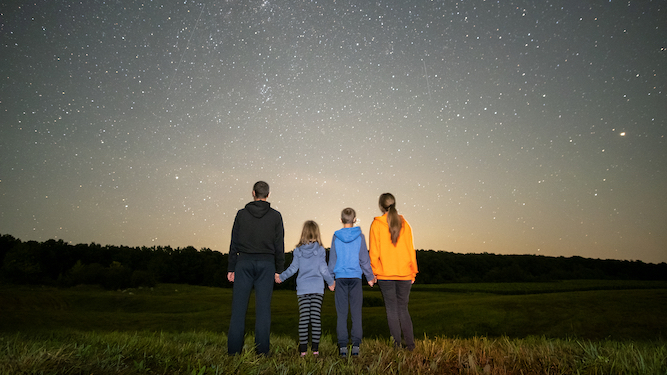 INCREDIBLE cosmic events are ideal for proclaiming ‘Let’s stay up’ before nodding off by 10pm. These spectacular meteor showers will be missed for these valid reasons:

Unusually, these dazzling meteors are at their most visible in the evening hours. Paul Hollywood has a really soothing voice though, it’s not your fault you were slumped over on the sofa by the showstopper round.

Though spread out, the South Taurids are known to take the form of bright fireballs. Except it was forecast to be cloudy. Wasn’t it? Best not to look outside and check, to be safe.

The peak number of meteors, 15 per hour, is forecast for the hours before dawn. You could swear you set an alarm. You definitely didn’t slam it off at 5am grumbling “f**k off, you’re taking the piss’.

Fast-moving meteors will be a common feature of this shower forecast this Wednesday. In your defence, you’ll think it’s Thursday all day. Really felt like a Thursday, you know?

One of the great showers of the northern hemisphere, these meteors radiate from near Castor and Pollux in the constellation Gemini. But you’re not a Gemini, your ex was, and he was a two-faced bastard so bollocks to them.

The Perseids are famous for their meteors that often leave persistent trains in the night sky. You’re tired and Gogglebox is on.

Those who witnessed the 1966 Leonid storm said the meteors, falling like rain, were so powerful they felt they could actually feel the earth hurtling through space. F**k it, you’ll catch the next one.