No employee has yet been summoned the courage to read the note, left by an unknown hand, but all are sure it contains terrible, morning-ruining news.

Facilities manager Martin Bishop said: “Just the introduction alone was enough to fill each of us with the awful foreboding that something truly unspeakable is looming on the horizon.

“Whatever it is, that mock-friendly opening salutation and the very fact that it’s been written down on paper rather than put in an email means that it’s bad news. The worst.”

Colleague Emma Bradford agreed: “I can’t bear to read it. I’m going out for lunch, and I’m giving up drinking tea, and I’m never going in the kitchen again.” 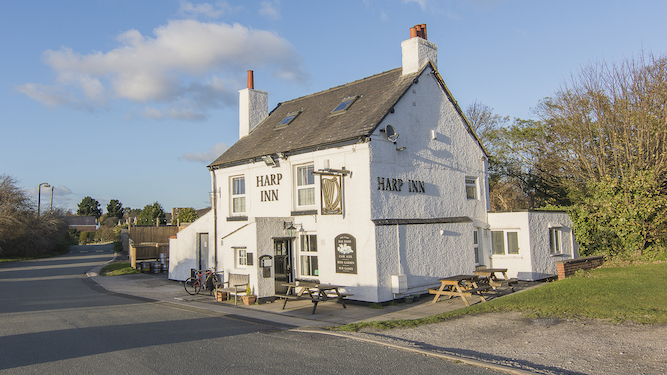 A RURAL village has formed a co-operative to purchase their local pub then demolish it and open something useful.

The Harp Inn, which has been operating since the reign of Charles II, is under threat of closure because nobody goes there and is therefore available for a knock-down price.

Local resident Tom Booker Hobbs said: “My father and my father’s father used to drink in this pub. But that was before you could get cheap booze in supermarkets.

“So when we heard this place was up for sale everyone banded together, launched a crowdfunding campaign and I’m proud to say we’ve made enough to buy it and sell it to Tesco for a profit.

“Sure, I used to like drinking here when I was seventeen. But you know what I like now? Getting milk on a Sunday without driving six miles.

“The place stinks, the landlord’s sullen and bears grudges and they haven’t replaced their crisps since those weird World Cup flavours. I can’t wait for a lovely, sterile grocery shop that I don’t have to pretend to love.

“I’ll have my last pint in there next Friday, and I don’t mind saying I’ll be in tears thinking about how sweet having a Tesco Metro will be.”