Personally speaking, a film about someone bringing a dog back to life is always going to be hard to relate to.

You’re dead Mr Dog, you got run over and all your insides squirted out of your mouth and bum. That’s your karma for all that chasing and barking, motherfucker.

But if you can deal with the ridiculous premise it’s a pretty good movie, although not very scary.

It’s all about love, loss and friendship, whereas I’m only really interested in predation and getting near to heat sources (someone should do a film called Rayburn, I’d definitely watch that).

Speaking of predation, I once goaded a shrew for nine hours. The secret is letting them run far enough that they’ve got a real sense of hope, then you jump on top of them so that they momentarily think there’s been a total eclipse.

Anyway, the movie.  You’ve got to admire Tim Burton’s unique directorial voice, but for Halloween kicks you’d be better off renting a proper screamfest like the original Nightmare on Elm Street.

Elm Street is the story of a bizarrely-dressed pervert who causes havoc from beyond the grave. It’s almost like watching the news, but with better special effects.

I like Ring too, because the witch in it has really thick black hair.

When I’m watching it with friends I like to say ‘I feel weird, like I’ve swallowed a tiny witch’ and then hawk up a hair ball which always brings the house down. 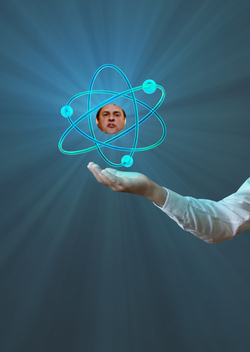 CHELSEA football stadium emits a form of radiation that makes people horribly racist, it has been confirmed.

As referee Mark Clattenburg became the latest person to be accused of racism after coming into contact with Chelsea, experts said the stadium’s chemical make-up meant it was a ‘molecular bigotry engine’.

Professor Henry Brubaker, of the Institute for Studies, said: “Some forms of concrete contain the element Griffinium.

“It is a base metal with a half-life of 18.6 hours. In high enough concentrations the subsequent radiation can disrupt the neural flexi-waves that stop most people being racist.

“Stamford Bridge concrete has very high levels of Griffinium and so you find that a lot of Chelsea fans are obscenely racist inside the stadium but then transform into perfectly charming Guardian readers the further away they get.

“And of course a lot of them are just racist fuckers anyway, so that gives us a control group.”

He added: “Clattenburg has obviously been subjected to a very high dose of Griffinium. Perhaps he was leaning against a wall in the players’ tunnel.”