Bollocks To Goals, Show Me Football

During a recent speaker's lunch at the Heathrow Travelodge, Brazilian legend and close personal friend of someone Zico, asked me what sets English footballers apart from the rest of the world.

After thanking him for the 1982 Brazil World Cup squad – the wife cannot stop talking about the smoothness of their play and the tightness of their little blue shorts and for that reason I am unable to stop divorce proceedings against her – I told him that English football never forgets that a team that scores goals is a team with no moral centre.

When people ask me 'What is this English football?' I show them a picture of my golf partner Terry Butcher bleeding profusely over a Scandinavian person. I show them Des Walker, my darts partner, careering enthusiastically into a bare shin. Sometimes I show them a criminally insane northern man kneeing someone in the ear.

Goals have always been a foreign disease, infecting the purity of the English game with their disgustingly fast balls. Show me a man who prefers a goal to a nice, long throw-in and I'll show you a man who would have slept passionately with public school nancy-boy William Webb Ellis for picking up the ball and inventing rugby like an Argentinian.

Arsene Wenger has made his reputation as the long-fingered, rubber-voiced professor of football. But last weekend he seemed finally to have risen above the evil, net bulging chaos of scoring and removed the nauseating stench of goals from the Arsenal game.

A lesser man would have indulged himself carnally against a Fulham side acknowledged by Roy Hodgson as '11 turds all pointing in the wrong direction'. But Wenger has at last has embraced 'the English concept'  by allowing his team to grind out an aesthetically-pleasing draw.

Meanwhile at Anfield Liverpool know what football really means and if tradition still counted for anything in this shabby country they would be a shoo-in for the title. Shame on those Premier League cat-flaps who insist the trophy goes to the team that has demonstrated its ability to be better than all the other teams purely on the basis of results.

And even dread Manchester United, whose rejection of all things decent suggests they may well be having regular telephone sex with an Italian car mechanic, tried their very best to win a major trophy without scoring.

I fear that goals will soon once again rear their ugly, sluttish heads and wrap their spongey breasts around our defiant cheeks, but for proud Englishman this, at least, was a weekend to be cherished.

University Challenge Contestant May Not Have Been Worthless Layabout 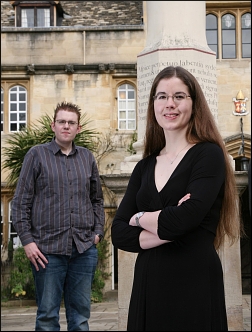 THE BBC has launched an inquiry after claims a member of the winning team on University Challenge may not have been a lazy, self-indulgent ponce.

It has emerged that contestant Sam Kay, from Corpus Christi College, Oxford, may have actually got off his arse and poked his spotty face into the real world for five minutes.

The University Challenge rules state that all four team members must be work-shy spongers who sit around the common room of their fancy college all day pretending to be Stephen Fry.

But PricewaterhouseCoopers confirmed it employed Kay last October to hang about the office wearing a George at Asda suit while asking one stupid bloody question after another.

Kay said he was an idle show-off when he applied to the show and continued to sleep all morning and then buy cheap, nasty food and watch Celebrity Cash in the Attic in an ironic fashion right up until the quarter finals.

A BBC spokesman said: "The rules are pretty strict but given the number of times Kay actually pressed his buzzer he may as well have been a cardboard cut-out of a trainee accountant."

However the defeated finalists from Manchester insist they do not want a rematch because that would mean less time with their spoilt little faces shoved up their arseholes. Captain Matthew Yeo, added: "It's only 11 o'clock. Leave me alone."

Meanwhile it has emerged that unstoppable killing machine Gail Trimble has become engaged.

Friends say the Corpus Christi winning captain interrupted her boyfriend's proposal during a weekend in Paris after boring him shitless with the exact dimensions of the Eiffel Tower.