Italy
The only thing I knows about Italy, see, is the fact they make Lambrusco. I bloody loves Lambrusco, and so does Bronwyn, who drank a five litre bottle whilst playing my new Wii Drinking Game. Oh yes, and I once got a dead posh frock from this bloke in Milan, once. The only thing I had to do in order to get it, like, was sing this bloody awful opera song about some stupid cow called Carmen Miranda what works in a fag factory.

Scotland
I loves the Scottish people – they're a bit like us in some ways: drink straight from the can or bottle, no messin' – and they enjoys a big bag of bugger-off chips on the way home from the pub, isn't it. Only one thing I'm not so sure of is this deep fried Mars Bar thing – I mean what the bloody hell is that all about? Deep fried saveloy (what looks like my Gav's cock by the way, which is lush) that's ok, deep fried haddock, no problems, but a chocolate bar ? It's a bit mental if you asks me.

England
I bloody hates the English – they're a bunch of bloody posh twats. All their rugby players are called 'Rory' or 'Will' or piggin' 'Josh', and they all went to public school (according to my Gav) where they all got bummed by their PE teachers and spent most of their time toasting crumpets on each another's arses, isn't it. I've also been told that the English boys drinks bottled water after the game – and I thought my Gavin was a lightweight! Three halves of Brains and he's singin' Duffy tunes, pissing in the pockets of the pub pool table and issuing an apology to the press the next day.

France
I don't mind the Frenchies. Cerys once shagged the Toulouse XV after a Heineken Cup game. She reckoned they behaved like proper gentleman and everything. They even changed the condom when they got to the Number Eight – now there's posh. They also makes lush wine – and it's dead cheap. I remember once, Mam, Auntie Ruth and myself went on one of them Booze cruises – now the trouble is, my Auntie Ruth thought you had to drink the bloody lot on the boat, so by the time we gets back to Dover, we'd drunk and smoked our allowance which meant we had to go back on the very next ferry, in order to stock up again!

Ireland
The forwards have melded into an experienced, and some would say fearsome unit. With a backline which can boast inventivness and real pace, the Irish are now the only team with a chance of picking up a Grand Slam. The cockin' bastards.

Jackson To Be Sold For Spares 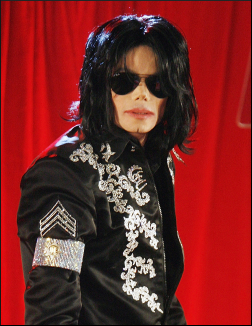 MICHAEL Jackson's London concerts will be his last public appearances before he is broken down into his constituent parts and auctioned off for scrap, it has been confirmed.

The singer's mangement said the cost of repairing the 50 year-old had become prohibitive and that he had now been rendered obsolete by newer, more efficient pop stars.

Experts say the latest version of Pharell Williams can produce four times the amount of falsetto- based pop-funk but with fewer outward signs of total insanity.

Producer Quincy Jones has placed a $9m reserve bid on the singer's feet so he can finally learn how to moonwalk, while a Japanese businessman has bid an undisclosed sum for Jackson's hair, which will be placed in a private collection alongside Nat King Cole's larynx and the knees of James Brown.

Jackson will combine his O2 arena concerts with an enormous carboot sale, selling what is left of his unhinged, 35 year-long shopping spree.

Meanwhile queues are already forming outside the venue as hundreds of middle-aged virgins with self-printed Jackson t-shirts mill about, comparing buttock tattoos of the singer that look like someone wearing a 'Scream' mask and one of Elizabeth Talylor's old wigs.

An O2 spokesman said: "It's easily the biggest collection of obsessive fruit-loops to hit the UK since the funeral of Princess Diana."