OH-my-God, I'm like, sooooooo busy at the moment – I haven't had any time to be down in the dumps, unlike the crowd of people I saw today standing at a bus stop in the rain. I told my driver to slow down and as he did, I poked my head out of the window and hollered, "Cheer up guys – it might never happen!" It doesn't matter how mega-stressed you're feeling, you've still got to find time for your fans.

The last couple of months have been a total nightmare as I've been rushed off my feet finishing my brand new TV series Fearne Meets dot dot dot. Last week, I was completing the episode, Fearne Meets dot dot dot Paris Hilton. Paris (which is short for 'Parasol' according to Keith, our sound man) has to be one of the most misunderstood people in the media today. To put the record straight, she isn't just another blonde bimbo airhead without any discernible talent – this is something I had to point out to a member of our crew who'd just used those exact words about her following take 47 outside the gates to her big house thingy place.

The first show in the series was Fearne Meets dot dot dot Joan Rivers. Now I must put my hand up and admit that I didn't actually know who 'Joan Rivers' was, until I got the brief telling me that she's a comedian. Which was really, really cool because I'm totally loving the comedy: Gavin & Corden, Alan Partridge (who's greatest creation has to be that strange little weirdo 'Steve Coogan') and my all-time favourite In The Office With Ricky Gervais, which as everyone knows is an absolute scream.

Juggling a career in TV and radio can be really, really tough at times. Sometimes I do forget but then the producer will whisper into my headphones that I can stop grinning and waving. But when it comes down to it, my first love is telly. If I had a job like photocopying things and stuff, or a career where I had to use my own money to pay for taxis, I wouldn't get to meet people like the great rugby player thingy Sir Winston Mandela. We were filming a special Fearne Meets dot dot dot a few months back, and I can only say it has to be the highlight of my career so far – with the possible exception of Peter Crouch, who was totally lush and really tall.

Anyway, I remember asking Sir Mandela why he had been put in prison – had the South American government caught him stealing something which didn't belong to him, or had they just been really, really mean to him? But before the great sir could reply, he was whisked off by one of his grumpy-looking PAs.  Oh well, 'say lavy' (which our sound man Keith tells me is French for 'life is like a toilet'.)

America Divided Over Waterboarding Of Children 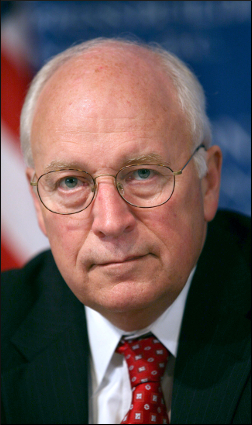 THE arrest of a US soldier accused of sticking his daughter's head in a sink has sparked a national debate over when it is acceptable to water-board a child.

Across America liberals and conservatives have clashed after army Sergeant Joshua Tabor was charged with using CIA-style interrogation methods to extract an apology from his wayward four year-old.

Fox News political commentator, Nathan Muir, said: "As usual the east coast liberals are defining this incident in terms of 'civil rights' and 'due process'.

"But surely we must not rush to judgement until we know the full facts. Two vital questions remain – has this child been brainwashed by Osama Bin Laden, or is she in fact gathering intelligence for Venezuelan president Hugo Chavez?

"If and when she is confirmed as an Al Qaeda sleeper cell or a Venezuelan spy, will the liberal intelligentsia finally admit they were wrong? Unlike our little Chavez-loving, Islamo-fascist friend, I will not be holding my breath."

Former vice-president, Dick Cheney, added: "May I remind America that we are at war and war is  brutal, it is ugly and it is wet. Who among us would not be willing to subject one four year-old girl to extraordinary rendition in order to save the lives of millions of other four year-old girls?

"It is both sad and troubling that our current president and his friends in the United Nations seem to determined to protect the rights of four year-old children regardless of their intentions towards this country."

Meanwhile, many ordinary citizens were horrified to discover that the child had been punished because of a spelling test.

Wayne Hayes, from Bellwood, Arkansas, said: "If ah found out one of ma little-uns had been learnin' how to spell any word other than 'Jesus' ah'd put a bag on his head, make him stand on a chair and attach electric wires to his doo-hickey."

Mr Hayes added: "That little girl musta done somethin' real bad otherwise why would her daddy think she was a demon? 'There's no water-torture without fire'. Some Chinese fella said that."