MANY years ago, myself and John were staging our third annual bounce-in. To the uninitiated, a bounce-in is where two icons such as ourselves would jump up and down on a trampoline as a means of protest against the American government’s treatment of Vietnamese pot-bellied pigs. Such was the intensity of our bouncing that it was not long before President Nixon gave in to our demands and released thousand of fat, little pigs into the wild. Flushed with success, the two of us took in an evening bout at Enfield Civic Hall, watching Mick McManus have his arse kicked by Kendo Nagasaki.

During the mid-seventies myself and John were experimenting with many forms of music. For me it was an extremely liberating time, and I think the same applied to John, when you consider he’d finally managed to throw off the shackles of being in the most popular, influential band the world had ever seen.

It was around this time that I was asked to compose the theme to World of Sport, the popular Saturday afternoon sports show on ITV.  As I sat alone, picking out notes on my Peruvian glockenspiel, made exclusively from balsa wood and monkey gums, I switched the television on and began watching the programme. I was immediately transported to a higher creative plain when firstly, I witnessed the log rolling from Canada, and later, the all-in wrestling, which brought back memories of the first time I met George Martin.

The sport – or it is the art? – of wrestling is now a worldwide phenomenon, and so it was with great pride that I took up WWE’s invitation to open Wrestlemania XXIII.  Not only would I be able to enjoy a weekend of outstanding muscle-action, but it was an ideal opportunity to premiere my new seven-and-a-half hour opus – an opera written in Nepalese street slang about a girl who falls in love with a musician and rescues him from the evil back-stabbing Liverpudlians who purport to be his friends.

I was a mere one hour and twenty minutes into the opening song when I had to stop because the crowd was drowning out the PA. To my joyful surprise, they were already shouting for an encore . Apparently it is the custom in Michigan for the audience to demonstrate their love for the artist by throwing empty beer cans and half-eaten hotdogs. I felt humbled, as I collected my cheque and slid in to the back of my limousine.

As for the wrestling, the main event finished in controversy when The Undertaker performed a Tombstone Piledriver on Batista to win the SmackDown. Afterwards, myself, Hulk Hogan and a local man named Cletus sat in a hot tub, drinking beer and listening to the sweet, mournful lamentations of Billy Ray Cyrus. 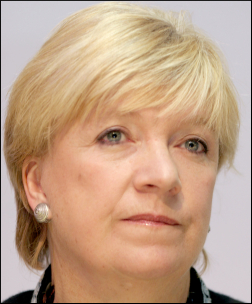 SEATS at the Olympic opening ceremony, boycotted by western leaders, are to be given to some of China's star executioners, the Beijing government said last night. China said it was delighted it could now accomodate these dedicated public servants who have helped set the country on the road to economic success.

Prime minister Gordon Brown's seat in the Olympic stadium will be given to Zheng Tao, a veteran, state-appointed killer who has been dispatching dissidents and petty criminals for over 30 years.

The seats reserved for Angela Merkel and Nicolas Sarkozy will go to the Jang twins from Gansu province, who began their careers breaking the thumbs of couples who had more than one child.

A spokesman for the foreign ministry in Beijing said: "To be honest, People's Republic of China not give honourable, jasmine-scented shit.

"But if it keep George Monbiot and Polly Toynbee quiet for five minutes, then maybe it not such bad idea."

He added: "We understand that while you no like China human rights record, you very keen make many billions of jasmine-scented dollars with honourable Chinese businessmen.

"However, it most gratifying that you not boycott actual games. Thankfully your balls not quite honourable enough."