I tell you what gets on my BLEEDING nerves – people who think that all I do is shout and smoke fags.

This is only partially true because I’ve been on one of these poncey anger MANAGEMENT courses which is meant to stop me from losing my temper and belting villains who were ASKING FOR IT. I’ve managed to cut down on my shouting over the last few weeks and I’m down to 61 fags A DAY – as a result of this REGIME my patience is wearing VERY THIN, so watch your bleeding step, sonny. Part of the therapy involves me listening to SOOTHING music which is meant to calm me DOWN. So every time Haskins gives me and George a bollocking or some slag gets off the hook, I put on some native American chanting music and chill out, DON’T I? So that’s my first first record, and if you don’t like it you can all GET STUFFED.

I was going to have a nice QUIET day contemplating my second record but this bird called me up on the BLOWER and asked me to go round hers and help assemble some flat pack FURNITURE she’d bought from I-bleeding-Kea. That’s the trouble with seeing birds who are into Agitprop theatre, own a trim phone and cook fancy-dan bloody casseroles. So there I was studying the instructions for the wardrobe, when my second piece of bleeding vinyl comes into my head  The Theme From New Tricks, sung by that BASTARD Judas, Denis Waterman.

People often ask me, What do you do on your day off, Jack?” To which the reply is, MIND YOUR OWN BLEEDING BUSINESS.” When I’ve had a cup of coffee and smoked a couple of Embassy No.1’s I’ve usually calmed down enough to tell them that I’m a twitcher. That’s right, I like watching birds  not Valerie, the old sort who works behind the bar in the Red Lion, but the types you see in the sky, flapping their WINGS. GOT IT!? The other week I was in a hide with Bill Oddie and a bloke who smelt of pipe tobacco and piss, and we spotted a Sharp-tailed Sandpiper when Oddie started making these excited noises. SHUT UP BILL ODDIE,” I cried, otherwise you’ll scare the – to give it it’s bleeding binomial name – Calidris Fuscicollis away.” Anyway, my third record is Eight Miles High by The Byrds, because they’ve nearly got the same name as my feathered bleeding friends. ALRIGHT?

The one book I’d like to take along with me would be a girlie magazine from the 70’s, featuring dolly birds with big, hairy FANNIES.

My one luxury would be a Ford Granada Mark 1, so’s I could drive around the island shouting at palm trees and casing the joint for rare flora and FAUNA.

Who am I? ask Timeline victims 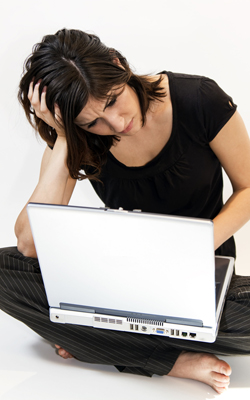 FACEBOOK’S Timeline upgrade has left users unable to remember who their friends are, who their family is or even their own birthday.

Timeline became mandatory for all Facebook users this August, which according to Timeline is March 2017.

Many users have expressed dissatisfaction with aspects of the redesign, citing the concept, execution  and entire idea as among the main problems.

Facebook user Nikki Hollis said: It used to be so easy. Stuff was there in chronological order and I knew who my friends were. Everything about me, about life, was clear.

“Why does my life now look like the contents page of an issue of Smash Hits from 1987?”

28-year-old Stephen Malley said:  “It’s left me feeling like my existence is a Lost-style TV series. Perhaps I’m dead, and Facebook is some sort of limbo, a puzzle that must be unlocked before I can move on to higher spirit realm.”

Sales manger Emma Bradford said: Why do I now have to have a massive landscape image at the top of my profile page that expresses something about me? Im a woman, not a B & B in the Cotswolds.

“Also, why has a status update about the weather I wrote a month ago surfaced again, like the body of an improperly-weighted mafia hit bobbing up out of a lake?

If Facebook continues to impose Timeline on me, I shall have no option but to take the most direct action ever taken by anyone with a Facebook account – complain about it loudly for a month and then not do anything.”

A Facebook spokesman said: Timeline was developed in accordance with quantum theory. You see, with Timeline, its possible to know both who you are and what youre doing  just not both at the same time.