First off, what makes you think you’ve got the right to ask me about my HMV memories? My memories are private. PRIVATE god dammit.

So, I suppose you’re just gonna say “I know what Jodie Foster’s first ever album was”, right? You’re gonna say it was Fistful of Alice by Alice Cooper, or Feels Like the Fist Time by Foreigner or Introducing the Hard Fist According to Terence Trent D’Arby. Well, they might have been the kind of albums you bought, but not me.

Mel, you with me? Remember the twelve inch? I think you do. We don’t need another hero, is all I’m sayin’, Mel. That was a bit of code between me and Mel, there.

I’ll come right out and say it: the first album I bought was on vinyl. You don’t remember vinyl, huh? Back in the day, going to HMV was a magical, dreamlike experience where you didn’t have to pay for anything  like going to the moon, or better still blasting off to the edge of space like I did in my 1997 movie, Contact.

Every Saturday afternoon I’d get lost in aisles of legendary seminal works: Straits, ZZ, Winwood, Aswad  oh, boy! Later, I’d have to be forceably aroused by the staff after I’d slip into another dimension listening to Level 42 on the big headphones.

They’d find me in the fetal position with a big wet patch on my shorts, muttering “I’m okay to go” over and over. They were my family, my brothers in life – and in arms. I wanna thank you guys.

That vinyl smell  there’s something no one ever talks about. I would immediately get so immersed in the album sleeve that I would bring it closer and closer to my face until I’d end up walking home with it fully wedged over my head. The day I bought No Jacket Required, the bus conductor never even asked to see my ticket. It was the most beautiful time of my life.

I have sniffed literally thousands of sleeves since then, hoping to recapture that joy but it’s been futile  even people with prosthetic arms are a disappointment. One time, during the filming of Nell, I accidentally sniffed Liam Neeson’s sleeve and it was revolting. Somewhere between an incontinent leper and used dental floss. Don’t do it, Mel.

Now that I’ve ended the speculation for good, I hope you can stop your obscene fascination at my HMV memories, like a room full of pervy John Hinckleys.

Hows about a woop woop for privacy, brothers and sisters? Mel, sit down. 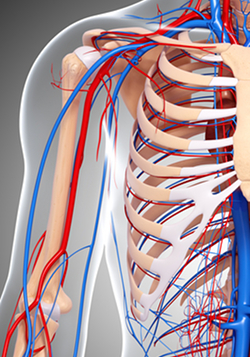 ANYONE pontificating on Eden Hazard will be kicked quite hard in the upper-torso, it has been confirmed.

Less than 48 hours since two cretins clashed in front of millions of dullards, the incident has been subjected to comprehensive buffoon dissection.

In a bid to stop the subject reaching Moronic Tipping Point (MTP) – where a subject becomes self-perpetuatingly stupid – authorities have sanctioned a widescale program of no-fault shoeing.

Footballologist Wayne Hayes said: “First up should be Joey Barton. And I haven’t even checked his twitter feed.”

Officials hope to avoid a repeat of the Suarez Opinion Event of 2011, which took over a year before everyone had made their predictable, ill-considered points and cost the economy more than £3 billion.

The method will also be used on people with opinions about JJ Abrams directing the next Star Wars film.

Hayes said: This isnt about stifling the free flow of debate, its about not wanting to punch a hole in the side of the universe every time ‘something’ happens.