This week I’m going all out for the American Dream in jazz loving swampy town, New Orleans. It’s so great to be in the land of opportunity and I fully intend to make the most of it.

It didn’t take me long to work out that death is big business around these parts. The main tourist attractions are these fancy cemeteries where all the tombs are above ground and the corpses get slotted in on top of each other and left to cook in some putrid yet reassuringly efficient way. It’s been happening like this for centuries and has nothing to do with IKEA.

So I got to thinking: what’s the biggest drag when you’re at somebody’s funeral listening to the priest talk mumbo jumbo for what seems like hours? It’s that you drank ten pints of cider before the service and now your bladder is about to explode all down your nice black clothes. Cue the furinal. It’s a urinal at a funeral. Everyone’s suddenly happy!

So I needed someone to bank roll my business plan. Fortunately, New Orleans is hoaching with blues musicians. These guys are wedged and totally suggestible – have you ever seen Cribs? I soon found one drinking tequila out of a plant pot at a bar down on Bourbon Street. And as luck would have it, it also turned out to be Macy Gray! Macy was thrilled when I told her I’d bought her first album and even though she fell backwards off her chair afterwards and split her head open, she still wanted to talk to me about the work she’d done with Shania Twain. Then she offered me some Viagra. Party time!

God, Macy and I were in some state by closing time. Macy started doing some singing and I just felt like I’d been booted right in the clam. I chose this moment to set out my business proposition and would you believe Macy was totally into it and said she’d even write a song about furinals! She started leaping around and laughing hysterically. Then she took off across the street and I kind of lost her after that.

It was actually pretty weird behaviour and I slowly realised this woman was not the real Macy Gray. I felt so stupid. But really I should have known because she smelled so much of ham.

But didn’t everyone think Noah was insane when said he’d been talking to God?  Who’s to tell me I never spoke to Macy? Lots of people donâ€™t believe in God the same way they don’t believe in Macy but that doesn’t stop people having actual conversations with God – just ask Sinead O’Connor. God told Noah to build an ark which would save New Orleans. Ark Schmark! Macy Gray told me I could save it with Furinals. I am totally going on Dragon’s Den with this. And that’s what makes New Orleans the greatest city in the world! 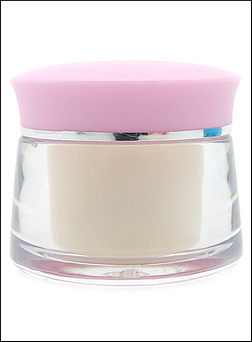 Scientists have worked for decades to synthesise the essence of all that is good in life into a pot of off-white cream that can be applied to any part of the body to produce a meaningful, fulfilled sensation previously only attainable as a result of genuine human emotion.

The exact ingredients of the product remain a closely-guarded secret but it is believed to combine childhood memories, sunsets and maternal love in a petroleum jelly base. It is distinguished from other forms of happiness by being spelled with a capital H.

A spokesman for Happiness said: “We’re ecstatic to offer consumers complete spiritual fulfilment at easy-on-the-pocket prices. It’s really one in the eye for cynics.

“Happiness overrides all issues of conscience and will make you feel as good as if you’d just successfully performed a dangerous altruistic act involving kittens and fire, and then returned home to a surprise party with everyone you like most in the world. And it won’t block your pores.”

Research by the Institute for Studies has found that Happiness is as good as, or better than, any other experience any person will ever have.

An economy ‘Value Happiness’ range will be launched in the autumn, which manufacturers claim will be roughly equivalent to discovering an uncle you quite like is now recovering from a life-threatening illness.

Teacher Tom Logan said : “I had previously tried to achieve happiness chiefly through nurturing relationships with my family. It’s great not to have to bother with that any more.”

Mother-of-two Nikki Hollis added: “Buying the right product really does put everything else into perspective.”