My Big Gap Year: Buddha Can You Spare A Dime?

I'll start by saying that Japanese is actually quite easy! For example, Tokyo Hilton is 'Tokyo Hiruton!', Coin Laundry is 'Koin Randoree!' and  Homeless Man is 'Homuress!'. Yesterday, I found a copy of The Buddhist Scriptures wedged in a seat on the Tokyo Meturo. I probably could've got the gist of it had it been in Japanese but, eerily, it was in English. I believe Buddha himself placed it there for me because – what are the chances? But, it wasn't until yesterday that I realised Buddha's plan.

I was strolling around Roppongi Heights, marvelling at the wonderful view when I noticed a man in a suit trying to climb over the barrier. I don't care how badly you want a photo: this would've meant a plummet to sheer death! So, I shouted 'Oi!' and grabbed him. It was only when he fell to the ground sobbing, I realised he'd been trying to kill himself! He told me to leave him alone and that he wanted to end it all. I told him that, on the contrary, he should immediately have a Starbucks. After much protestation, he refused a Frappucino, but did agree to a quick chat.

It turned out he'd lost his job after his company laid off 500 staff, and now his family was ashamed of him. I wasted no time in asking if he knew about Buddhism. "Buddha says it doesn't matter if you lost your job and can no longer afford to stay in the Tokyo Hiruton because you're homuress and have to do all your washing in the Koin Randoree! He also says if your wife is ashamed of you just cause you've got no job, it just means she's a bit a bit like Mucca (i.e.a total bitch!). Basically, Buddha says 'No fear Curedit Cruncho, Daniel-san'!"

I'm not sure if that's how it's said in Japanese but he definitely understood. I gave him a hug and told him to call me if he ever needed to hear some more Dharma, adding: "Buddha was born out his mother's elbow, can you believe that? What a freak!"

I feel great about discovering Buddha and saving the life of a man. My parents sponsor some Ugandan kid, but what I've done for Yuji is far better. He's an actual real live person, and I don't even have to shell out £2 a month! I really hope he calls me so I can hook him up with DJ Rico, as I know the two of them will hit it off instantly.

Man City To Buy More Or Less Everyone 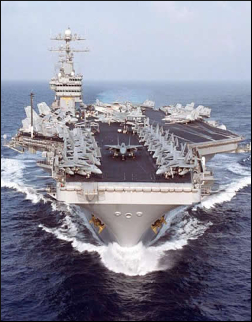 MANCHESTER City was last night lining up last minute bids for just about everyone as the club looked to secure a place in preliminary round of next year's Uefa Cup. With the transfer window set to close, the club has reduced the UK-wide unemployment count by 19%, bringing in 640,000 players and more than 200,000 backroom staff.

The new players include Bert Reeves, an 82-year-old goalkeeper, famous for being substituted after 45 seconds in the 1958 FA Cup Final, and left-sided full back Alfie Booker, a 97 year-old stroke victim who has no idea what a football is.

Booker said he was particularly looking forward to playing Chelsea, adding: "I lost a perfectly good pocket watch there in 1933. Perhaps someone's handed it in."

Meanwhile the club's Saudi owners are also looking to increase the price of oil to $18,000 a barrel in a bid to force rival clubs to forfeit away games.

Experts now believe the government's multi-billion pound attempt to restart the economy may become an irrelevant footnote in the face of Man City.

Julian Cook, an analyst at Madeley-Finnegan, said: "Economic recovery combined with a top six finish and an eventual failure to qualify for the groups stages of the Uefa Cup will surely justify the billions they've haemorrhaged on utter shit."