My Big Gap Year: The Athens Of The South

This week I'm in Athens, the ancient city responsible for PE, maths and classics and, without which, there would have been no need for me to attend fifth form on a Tuesday.

The cleaner at my hostel was a super chatty transvestite called Shakira. Greeks are totally cool with men being born in the wrong body – not at all like nearby Palestine. Also, Shakira was born in Argos! "Random!" I cried "That’s where I got my electric blanket!" He got so excited and insisted he take me on a day trip there so I could do some more shopping.

We decided to get refreshments for the three hour bus ride. To authenticate the trip – what I really fancied was the syrupy Greek hallucinogen, Metaxa. I've plenty of experience with this from when I nicked it out my parent’s drinks cabinet aged 13. No one seemed to notice how it slowly disappeared over the years and when I was 17, I decanted a bottle of Mad Dog 20 20 into it and still no one's said anything, so I think I'm in the clear. Sadly though, Shakira couldn't find any and got us five litres of blue WKD instead. Bargain!

After three hours of WKD and sitting still on a bus, I anticipated I would go insane if I didn't jump up and down for two hours solid and also pee. Shakira suggested we go to Argos's actual Hippodrome where ancient Olympians did all their jumping and, no doubt, peeing.

God, the Hippodrome really was amazing and the ancient steps were just perfect for me and Shakira to do long jumps, roly-polys and shrieking.

Then, a group of American girls came up. One told us to stop disrespecting the ancient theatre. Shakira gasped in outrage and emptied his WKD into her hair. Then the girl flew at Shakira so I chucked my WKD at her mate's face and then her mate kicked me in the fanny. Before I knew it there was a full scale brawl going on – it was brilliant! Sadly though, someone told the cops and we had to stop after everyone, including Shakira, was threatened with deportation.

To calm down, Shakira took me for coffee and a kebab. Two hours later, I felt confused and upset like I'd accidentally taken some cheap speed. Shakira reassured me lesbian wrestling matches such as ours were fundamental to the Olympic process. He said gymnasiums were originally places for old bearded queens to 'wrestle' young boys, that the ancient Olympics were just big gay sex marathons and the only reason it changed in the 60s is because you can’t show that stuff on TV.

You think you have a civilisation pegged! Greeks are more dark horse than Trojan horse and next time a Greek says he’s popping down the 'gym' you better believe he's going there to meet Adrian Chiles. And that's what makes Athens the greatest city in the world! 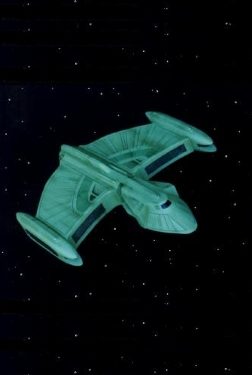 A QUIET, middle-aged science fiction and traction engine enthusiast has advertised his virginity for £6 or nearest offer. Eyes on the prize

Single, 46 year-old planning officer Roy Hobbs, from Acton, hopes that selling his virtue in Trade-It will furnish him with the last bit of cash he needs to buy a limited-edition pewter scale-model of a Romulan scout ship in a clear display case from Forbidden Planet.

He said: "The designated night of sexual congress is next Tuesday, when mother is out at her craft club until at least 9.30pm.

"I have purchased a packet of mint Viscounts and Heart FM will be playing at low volume.

"Ideally the person who buys my virginity will be a patient, considerate older woman with a nice, soothing voice. A bit like mother but with different-coloured hair."

He said: "The last chap walked around me several times and gave me a light kick in the shin before saying I wasn't what he was looking for, but his brother-in-law's cousin, who lives in York, might be interested. He never called back.

"Then a couple rang up and said they were going to come and have a look at me, but they couldn't find the house  – there's no number on the front and it is very poorly signposted around here."

He added: "The original advert said 'no perverts' but I'm thinking of changing it to 'no perverts or time wasters'."

Chingford-based student Nikki Hollis met with more success recently when she sold the opportunity to finger her on Ebay with a 'Buy It Now' price of £10.

She said: "The sixty or so men who paid weren't sleazy at all. Creepy perhaps, but not sleazy.

"I'm going to spend the money on tuition fees and Marlboro Lights."