One Woman’s Week: It Could Be Me

NO doubt when Britain's latest Euromillionaires have completed their cider-fuelled celebrations they will say a prayer to Jesus, Vishnu or whatever pagan wicker god they worship in Gloucestershire. But little do they know that the force of nature they should be thanking is me.

Let me put it this way: I never give money to British Heart Foundation collectors when I see them begging in the street. This is because I carry out weekly benevolence of a different kind: I am able to clairvoyantly predict the lottery numbers before they are drawn. Yet, like some kind of wonderful saint, I stand aside and let others claim the winnings.

I first realised my clairvoyant ability one night when John Lennon appeared to me in a dream and told me I was more powerful than I could possibly 'imagine'. He then sang Imagine three times in a row. Even though we never met, John and I have always had a special connection – like he did with Yoko, only better – so I knew I had to take this seriously.

Come that week's Saturday night draw, I sat in front of the television and focused my mind. Suddenly the number 19 came to me. Sure enough, when the first ball dropped, it was 19. All at once I could see my power mutating wildly beyond my control and I realised I must stop myself before I became a danger to humanity. Like some kind Native American Indian, I snapped out of my trance-like state. But as I walked through to the kitchen to make a cup of green tea, I knew all those balls were dropping in accordance with my unconscious telepathic instructions.

As the weeks have passed I have grown ever more concerned that the people who win my millions are stupid. That's why I now believe they should be thoroughly vetted before receiving their funds. All it would take would be for one of these people to go out and buy a million copies of Everybody Hurts, thus making Simon Cowell the most powerful man in Britain and leaving him free to create some horrific new Saturday night programme where people with regional accents sing the collected ballads of Whitney Houston while running head-first into a wall.

Often when people claim awesome supernatural powers, they are sectioned. That's why you'll never catch me bragging about my skill and how I'm obviously some sort of god. It is a sad and lonely existence and I frequently find myself wishing, like Scott Bakula from Star Trek, that my next leap will be the leap home.

The only comfort I have is knowing that I am probably the future of human evolution. Pray to me, if you must. 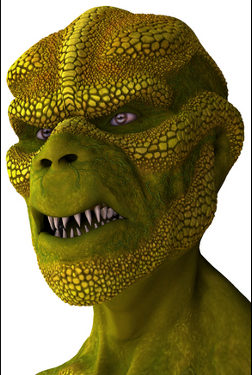 THE Royal Family are preparing to return to their home planet near Sirius, according to the Queen's astronomer. Lord Rees has revealed the Windsors are a family of shape-shifting centipede-like aliens that crash-landed on Earth 8000 years ago and not German, as previously believed.

The creatures used their innate cunning to drain England's resources until they had sufficient funds to repair the crystal drives of their mothership, which is currently disguised as Sandringham.

Lord Rees said: "After years of being asked why the Queen needs an astronomer, I can now reveal the true nature of my work has been to help navigate a hassle-free journey back to her home planet.

"Her majesty, or to use her real name 'Ganorg Cepicus 4', has told me the mothership is ready. They will be taking with them various mementoes including the complete works of Dick Francis, a big box of that really nice Duchy Originals shortbread, and Billy Connolly.

"They are all very much looking forward to getting home and dining on their favourite food – a kind of eel that lives in lava-filled craters – as well as breathing the suphur-rich atmosphere, which they process through their nine lungs."

Rumours of the Windsors' extraterrestrial origin have circulated in elite social circles since the Queen Mother's death, when a large heap of dead corgis was found in her chambers. It is claimed the dogs were in perfect physical condition apart from a small puncture wound through which they had been sucked dry of all nutrients.

Eleanor Shaw, editor of Royal magazine, stressed Kate Middleton will now face a difficult choice, adding: "The discovery of William's true form as a huge armour-plated invertebrate will inevitably have come as something of a shock.

"But I supect that, like every little girl, she will want to become a space princess, even if her husband does have a scaly carapace and reproduces by attaching a translucent tenctacle covered in radioactive spines to her genitals."