I HAD an argument last night with my boyfriend, Donny. He can be such a pig sometimes, but I do love him despite that. He took me on holiday to Venice recently and although I was very grateful I have to say – it's a bit of a dump. I honestly don't know why people rave about it so much.

But anyway, last night we were sitting watching the news on TV and we heard that BBC journalist Alan Johnston had been released by his kidnappers in Palestine.

Obviously I would have felt sorry for him and his family if he had died but that's not to say I sympathise with people like him.

After all, he is a member of the paparazzi and it's people like him who are responsible for the death of Princess Diana and terrorising other poor people who just want to be left alone.

He was probably trying to take seedy snaps of some poor television star when he was kidnapped – so if you ask me he deserved it.

Donny seemed to think that you should forgive people who are in jobs which lead you into a less than moral way of life (like journalists for example), but he wasn't able to argue his point very well.

In the end he conceded that he was taking a very weak viewpoint. Being a teacher I am very good at constructing an academic argument and he just wasn't eloquent enough.

Donny did finally apologise so there's no harm done, I suppose.

He's also promised that I can choose the destination of our next holiday so I'm not so disappointed with it – it's one thing buying a surprise gift like that for your girlfriend, but it's a pretty empty gesture if you take her somewhere that's not up to scratch. 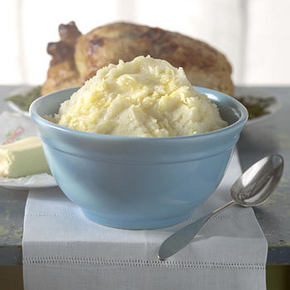 SIR Terry Wogan and Gaby Roslin are to host a massive ‘snitch-athon’  to encourage the general public to inform on their friends, neighbours and colleagues.

BBC MI5 in Need will include musical numbers, comedy sketches and hundreds of 'street witch-hunts' the length and breadth of Britain.

Sir Terry said: "Has your olive skinned neighbour bought a patio heater recently? That’s the kind of thing we want to know."

He added: "Does anyone in your street wear clothes that aren't British, talk gibberish and wave their hands around excitedly? If so just ring us up and we'll tell MI5.

"It is well known that terrorists look shifty and can't help boasting about what they are up to, even to complete strangers.

"If you know someone who disagrees with the government, you must tell us otherwise thousands will die."

Special information packs will be sent out to every school in Britain to promote snitching to children and urging them to inform on anyone who does not look or smell 'quite right'.

The show will also feature a number of celebrities grassing on each other to ram home how important snitching is to the war on terror.

Andrew Marr will grass on Rageh Omaar for having a funny name which is clearly not British and for leaving the BBC to work for Arabs.

Fiona Bruce will suggest that someone should keep a close eye on George Alagiah as he is a Tamil from Sri Lanka and everyone knows what they are like.

Not to be outdone ITV has already approached Simon Cowell to host its own terrorist talent spotting show Britain’s Got Bombers.