One Woman's Week: My Struggle Against Racism

There are some things in life which make me feel sick to my stomach. I don't know if you've ever seen the film The Colour Purple, but if you have, then you will understand what I am talking about.

I have always considered myself a fair and honest person – naturally, I became a teacher: someone who stands up and fights the hard fight for the rights of those less fortunate than me. That is why I oppose racism.

I think everyone in life should be allowed to live together in peace and harmony. It doesn't matter if you are black, or white, or Chinese or Muslim. If you are a decent person with a job, who doesn't commit crime or beg in the street like a dog, then you're okay with me.

When I was at the University of Strathclyde, studying to become a professional teacher, there was one coloured girl in my class. In fact, she was half coloured, half Scottish. Her name was Elizabeth Okpara.

I always went out of my way to make Elizabeth feel welcome: saying hello, offering a helping hand in a time of need or assisting her when she had trouble with her work. One day, I saw her in the canteen alone and I was sickened at how my class mates had alienated her, just because of her colour. So I sat with her because as a teacher, I am a kind and inclusive person.

She said that she didn't mind sitting by herself and that she often did it, but I sensed something dark beneath the smile. We ended up having a really friendly chat: she let me hear some of the 'RnB' she was listening to on her minidisc player. To be honest, I have never been a huge fan of MOBO, but that doesn't mean that I am a racist. To me, it is repetitive, shallow and dull. But hey, I am allowed to have an opinion and if people don't like it, then they can just remove themselves from my hemisphere because, to be honest, I don't give a fuck. In return I let her listen to my iPod, which I think that day was playing Run by Snow Patrol.

I found out that day that it would be Elizabeth's birthday in a month, so I decided to organise a party for her in the university. I told all my classmates about it and I was HORRIFIED by their insensitive reaction. NONE of them wanted to come.

About two weeks later, Elizabeth dropped out of the course and I believe it was my classmate's abject racism that caused her downfall. If they had only been inclusive as I had shown them, Elizabeth would perhaps be as qualified and happy and successful as me today.

I believe people like this should be locked up. No, not just locked up, but killed by gassing too. If I saw just one of my class mates again, I wouldn't hesitate to stick my boot heel into his eye. That is the only punishment fit for racist scum.

The World's Most Eco-Friendly Shopping Bag: Are You Too Poor And Ghastly To Own One? 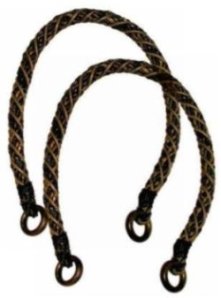 THOUSANDS of really ordinary people like you queued around the block last night to get their hands on the must-have fashion accessory of our time: the Anya Hindmarch designed Daily Mash eco-shopping bag.

The Daily Mash bag is largely made from air, one of the most environmentally friendly substances known to man, and has a carbon footprint smaller than that of a dolphin.

Only the handles are constructed from matter, in this case a super-ecological recycled rope, which is woven from lint, dust, and furballs collected from the houses of dirty people.

Marked with an invisible slogan that says “I am not actually a bag at all” the Daily Mash eco-bag is believed to be the most environmentally friendly grocery-carrying device available today.

Not only is it constructed with virtually no materials, but it is also impossible to carry anything in it.

This ensures shoppers return from every store visit having purchased absolutely nothing that might damage our environment.

Some 20,000 of the bags were made available from the offices of The Daily Mash first thing this morning, but with demand so high only the most dedicated of shoppers was able to secure one.

Erin Timmins, 29, a visitor from the Italian city of Grazia, said she had wanted one ever since she saw the model Kate Moss carrying absolutely nothing in hers at this year’s Oscars party.

She said: “I really want one so everyone will see me and think how selfless I am. I think the bag’s natural fibres go incredibly well with this season’s colours. And when everything changes next season I can just throw this eco-bag away and get a new one.”

Matthew Cordell, 26, a wheeler-dealer, said he had queued through the night to get his hands on one of the coveted bags to flog it immediately on eBay for a fat profit.

He said: “The Mash is selling these at a ridiculously low price of £49.99 because of its principled commitment to raising its own profile. But I know for a fact I can get at least £50 on eBay, and maybe more.”

However, Cordell's disgusting attempt to gain personal advantage from the destrution of our environment is doomed to fail. A new shipment of 200,000 Daily Mash bags will arrive from our Indian factories tomorrow on a specially chartered fleet of Boeing 707 cargo planes, and will be available direct from us next week, for just £50.05 inc p&p. Email us now to reserve yours.