One Woman's Week: The Path To True Love

LAST night, I went to a live gig in a dingy little bar in the city centre. I’d rather not spend my evenings in some dark, sticky dump surrounded by penniless, drug-smoking layabouts, but I had an obligation to be there, because my boyfriend, Donny, is a singer/songwriter in a band.

Donny tries very hard to be a real man, and – with my help – he has come on so far in recent months. But to be honest, Donny isn’t the young, handsome, available god he thinks he is.

He is approaching late middle age, and is a qualified legal worker. If he could only get his head out of the clouds and stop pogo-ing around a stupid stage with his mediocre “retro” band, then he could have a full time position in a legal firm in a year.

The next year, he might even be a proper lawyer, and the year after that probably a partner in the firm and earning thousands of pounds a week (after tax). Donny took the liberty of dedicating his last song to me, but to be honest, it just made him look even more like a total prick. Does he think that I am so naïve that I will be won over by some pathetic naming ceremony?

The other reason I am making it my mission to destroy his juvenile hobby (and that’s just what it is, because it will NEVER be his career) is that he used have a relationship with the bass player (a girl). Who does this whore think she is? She came up to me some weeks ago and spun some shit about how her and Donny were ‘just friends’ and how she had a ‘new boyfriend’ now, and ‘lives with him’.

But frankly, I don’t give a shit how many years it’s been since they were together, or how many student scum lovers this tart has – there is NO WAY two people can just go back to normal after they’ve shared a bed. When I finish with a former partner, I want that person to get the fuck out of my face FOREVER and I probably wouldn’t even care if they got stabbed.

I can sing, I can write, I can dance and I can put on make-up better than that slut. So why on earth does he insist on keeping her in his life? (Plus, I am a professional teacher and have a degree).

It is just a matter of time before Donny, and his mother, realise just how right I am about him. I would make a fine wife for him, bear sons for him, die for him or even take a bullet for him. How many men can say that about their women (really)?

It’s true what they say: women are simply more emotionally mature than men, and if Donny needs me to shepherd him out of the darkness and into the boat of true love, then I will stop at nothing until I have done just that. 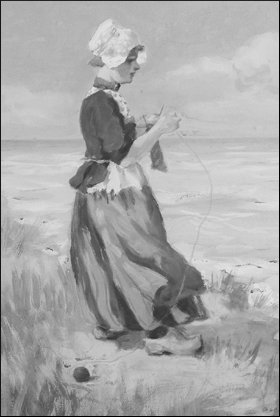 THE Dutch have launched their first salvo in the war with Scotland by flooding the country with cheap, low-grade pornography.

Hundreds of container loads of grainy 1970s films and magazines printed in back and white have been smuggled in via Leith, Rosyth and the fishing ports of the North East.

First Minister Alex Salmond was scathing in his dismissal of the latest display of Dutch cowardice and guile.

"If they think that Scotsmen would rather lie around all day drinking Jack Daniels and coke and staring at nude ladies, instead of getting out there and fighting for some vague political cause, then they don't know the Scotsmen that I do.

"They must have come across some very dirty, lazy Scotsmen if they think that this is going to work."

But Dirk Van Poomf, spokesman for the Dutch consulate, insisted the vast quantity of pornographic material arriving by boat consisted of tens of thousands of valid orders placed in Scotland over the last month.

"Do you want receipts? 'Cause I'll show you receipts," he said.