One Woman’s Week, with Karen Fenessey
The last time four young Russian women tore up the rulebook and rocked the world was during the Olympic gymnastics finals. Who can forget the superhuman performances of floor champion Viktora Komova or ‘Queen of the Bars’ Aliya Mustafina?

Sadly, Pussy Riot are more like Queen of the Behind Bars. And let me assure you from personal experience, it’s not so easy to do three roly-polies in a row across a 4x6ft cell, especially when wearing a scratchy nylon balaclava.

People say women shouldn’t involve themselves in politics because they invariably end up in prison. But I don’t see Madonna doing massive tweets about mischievous galah, Julian Assange.

Confined to the embassy, Julian’s daily pleasures are reduced to high scores on Bejewelled Blitz and the occasional terse memo from the Ecuadorian tourist board about his posting Tumblr pictures of the lacklustre canteen lunches.

Assange could take some tips from the Russian girls on getting pop stars to notice him. Even without a vagina he could inject a bit of pop cultural razzle dazzle into his polemic.

Perhaps the next time he wants to address the world from a South American balcony, he could spice things up with some deafening feedback, jerky movements and a rendition of Don’t Cry for Me Argentina.

He could also make use of interesting head decoration. Julian is lucky to have a blank canvas regarding hair and I’m sure any old Ecuadorion lacky could nip to Boots for some Nice n Easy.

I would recommend fiery ginger like the guy out of Homeland and Mick Hucknell: when he sings, people really listen – and it will definitely make the FBI think twice before pulling the trigger. 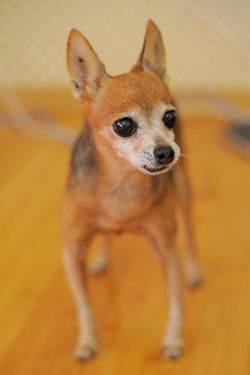 PRESIDENTIAL hopeful Mitt Romney was constructed from four dead things, it has emerged. Romney can lick his own genitals

The life form known as Mitt Romney is in fact a patchwork of parts from former Ohio senator and Grecian 200 poster boy Joseph Turner (died 1982), the pliant mind of Kentucky representative Tom Booker (died 1998)  and Texas Governor Wayne Hayes (died 2004), of whom it was said in his obituary “truly, here was a man who wore a suit.”

‘Mitt’ is the name of the dog whose life was sacrificed so that his mindlessly faithful, wagging tail could be secreted in Romney’s trousers.

Operated by remote control from Republican Party HQ, the Mitt Romney is considered the party’s most sophisticated yet, being capable of three physical functions: a rictus smile, a stiff armed, non-Nazi salute and the ability to embrace a wife-shaped entity.

US political analyst Stephen Malley said: “It had been feared that the influential religious Right might object to a candidate made up of reanimated corpses.

“However they gave their blessing on the understanding that none of the bodies were from homosexuals.”

Similar moves to create composite opposition leaders in the UK have been less successful.

Ed Milliband was intended to be a composite of three promising young Labour volunteers who agreed to lay down their lives and body parts for the Party cause.

However, two of them withdrew at the last minute, meaning that the 64% shortfall had to be made up with latex.