Easter is almost upon us and this year I want you to do more than just mindlessly sink your two front teeth into a chocolate egg on the commute into work.

Beyond the confectionery Easter is about resurrection. Coming back from the dead is a wonderful opportunity and a beautiful thing. Resurrection can also be an ugly thing – a lot of it depends on the weight and age of the person involved. At some resurrections I’ve attended there’s been this overpowering smell of Feta cheese.

Jesus rose from the dead because he could, but also, I believe, to show us we can all reinvent ourselves. Whether you’ve been nailed to a cross or are stuck in middle management, you must never forget the fact there’s always the possibility of a new beginning. On the subject of Jesus I would recommend against getting 12 disciples, or any number for that matter. Infighting becomes an issue when you’re the main guy and you’ve been intimate with more than three of them. And the local press can be incredibly persuasive.

Let me tell you the remarkable story of my own reinvention. I wasn’t always this successful or fragrant. I am a very hairy man; I have been from a young age. As a child my parents wouldn’t let me take my top off on walking holidays for fear I may get poached. It wasn’t uncommon for mother to use the car vacuum on my legs and back. I became incredibly conscious of my hirsute condition, living in fear that women would shun me and I would become taxidermy for a specialist collector.

I had to endure going out with a minger from the age of 20 to 22 as she was the only person stupid enough to fall for an elaborate system of lies that kept her from discovering my hairy back. She believed that for superstitious reasons I had to go on the bottom during sex and it was really bad luck for me not to reverse out of the bedroom when I was naked.

It was becoming exhausting, but rather than be beaten by it, like Jesus, I resurrected myself. I invested my inheritance from my grandmother into electrolysis and clothes made out of breathable fabrics and started working on a new identity. In just six months I gained the confidence to dump the old girlfriend and start using the name Leon Jay with potential suitors.

Remember, sometimes a new life is only the insertion of a fine probe into your hair follicles and the application of an electric current away.

Dr Morris O’Connor is the best selling author of The Resurrection Secrets Jesus Doesn’t Want You To Know. 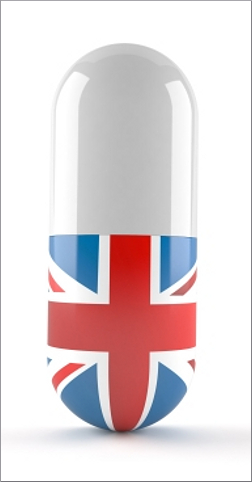 The ’90s traveller party crew hopes that the event, in a leafy Buckinghamshire cul-de-sac to be confirmed on the day, will attract around 30,000 well-wishers from around Europe, mostly arriving in large rusty Bedford trucks with no tax or MOT, for around a week of relentless, sweaty celebration.

Spiral Tribe spokeshuman Winnit said: “There will be all the classic street party ingredients, like bunting and lukewarm orange squash, but with the addition of facial tattoos, recreational horse tranquilisers and a sound system the size of Beaconsfield.

“Also there may be a few dozen roaming, semi-feral brindle dogs called Spike.”

He added: “If anyone has a problem with any of this, they clearly hate Britain, the Queen and the concept of marriage.”

Drug dealer Bill McKay said: “Possibly there may also be pills stamped with the Union Jack. What better way to reclaim the flag from the far right?

“Union Jack users will experience an intense rush of national pride that plateaus out into a warm sensation of patriotism lasting up to 12 hours at a time.

“Make sure you drink plenty of tea to avoid dehydration.”

Householder Nikki Ellis said: “Given that royal wedding fun is compulsory, what I like about this idea is that it will be too loud to hear my neighbour’s excruciating small talk.

“That alone is worth getting burgled for.”