MORNING everyone, and welcome to a busy stretch of the M25 where some crazed lunatic has taken it upon himself to cut his fellow drivers up, with little or no consideration for other motorists. The consequences of the sort of driving we’ve just witnessed could’ve been disastrous. But not quite as disastrous as the time Geoffrey Boycott ran local hero Derek Randall out in front of a packed Trent Bridge in 1977 – tragedy for the youngster, although unlike the mad driver, Boycott went on to score a century and didn’t get fined Â£750 for his troubles.

Statistics have shown that there are something like 2,500 deaths on the roads in the UK every year, mostly thanks to idiots like this woman driving a Range Rover in haphazard fashion – statistics to make anyone sit up and take note.

Speaking of statistics, it’s worth noting that the last man to score a hundred hundreds in first class cricket was Mark Ramprakash, who I’m lead to believe has never driven his vehicle in such cavalier fashion. Indeed, he seems to spend much of his time on reality TV shows, when perhaps he’d be better advised working on that lofted off-drive of his.

Just look at these two boy racers – they obviously fancy themselves as a couple of budding Lewis Hamiltons. Ignorant of their fellow drivers they’ve run several red lights and have already caused another five cars to spin off the road – it’s a miracle no-one’s been hurt. And that’s lunch here in the edit suite, as the runner brings in my KFC Bargain Bucket. Oh dear, that’s full fat Pepsi – didn’t ask for that – and looks like she’s forgotten the Vienetta too. The last time I felt this disappointed was when Jack Russell, the ex-England wicket-keeper and professional artist, turned down my offer to pose nude for him.

Whilst road safety is a deadly serious subject, it’s sometimes good to take a slightly sideways look at the crazy things that our brave traffic policemen see day in, day out. For instance, look at this old woman on her shopmobility cart, trundling along in the outside lane of the M62. You simply wouldn’t read about it, would you?

Ooh dear – tragedy there. I think it’s safe to say that the editorâ€™s decision to include footage of an old woman getting cleaned up by an articulated lorry is a poor one. Indeed, nearly as poor as Nasser Hussain’s decision to insert the Australians at Brisbane in 2002.

It just goes to show you that a motorway is simply no place for a woman of such advanced age and limited horsepower. In some ways it reminds me of an incident some time ago when I took part in a charity cricket match – usual sort of thing, mixture of celebrities and ex-players. Stephen Hawking came in at number four and I donâ€™t mind telling you the running between the wickets was absolutely appalling.

Twilight Characters To Have Fumbling, Slightly Painful Attempt At Sex 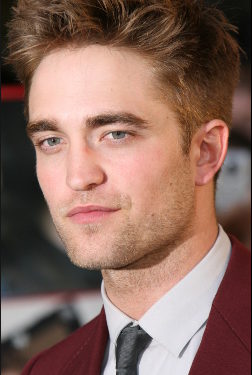 THE next Twilight film will see Bella and Edward’s relationship finally get physical in a massively humiliating and shame-filled  way, it emerged last night. Their awkward failed tryst is the culmination of the ever-strengthening bond of immortal love between the pair, coupled with Edward threatening to tell all their mates that Bella is a lesbian cow.

A spokesman for producers Summit Entertainment said: “They’re in her room and Edward is fumbling for a johnny bag amongst all the other crap in his pockets – pulling out keys and old receipts while she struggles to keep looking sultry.

“But just as he gets it together Bella’s dad walks in with hot drinks and a multi-biscuit selection.

“You think he’s going to go fucking mental but actually he just apologises in a really shocked way, which is sort of worse. Thus their first go at it is cancelled.”

“A couple of weeks later Edward turns up again with a bottle of whiskey he’s nicked off his parents and a wildly optimistic amount of condoms, while Bella sticks on some Linkin Park.

“The next day Edward tells his mates everything, while Bella has a massive meltdown thinking she’s got some imaginary bat disease like venereal rabies and goes to the doctor’s with her best mate where she gets given a load of leaflets with pictures of pensive-looking girls on the front.

“He doesn’t call her and when they bump into each other at a party a couple of weeks later it’s really awkward. And that’s about that really. End of saga.”

Film critic Tom Logan said: “The portrayal of sex as being humiliating rather than magical allows the director to show some mild smut without compromising the franchise’s creepy Mormon message about how fornicators are doomed to eternal torment.

“None of which will matter, of course, if you’re a teenage girl ‘in heat’.”