Watching the Women's 63kg final, we can't help wondering at their lycra-clad mysteries

There has been much controversy around the skimpy outfits worn by some of the Olympic sportswomen.

It’s become clear that many people are only buying tickets to ogle at their remarkable contours and it’s sad they ignore the true sportsmanship of these astonishing athletes. With their great strength and charming ponytails, the women’s weightlifting competitors have especially sparked the world’s imagination.

It’s this that they have in common with the super-massive black hole at the centre of our galaxy. Like everyone in the front rows of the Women’s 63kg final, we can’t help wondering at their lycra-clad mysteries. Any truly intrepid scientist would jump at the chance to go in and have a good old rummage around.

There was a lot of speculation about cosmic cavities as we watched the captivating Maiya Maneza clinch gold for Kazakhstan in the women’s 63kg. From bitter experience, none of us really wanted to ask challenging physics questions of a lady who’s spent all day doing backbreaking work. Plus, she’s a big girl with hands that could rip your jaw off as though it were a cheap cravat. Fortunately I drew a long straw so my Olympic journey ended there.

But Maiya Maneza is a pussycat compared with the girls competing in the 75kg. She also has this in common with the black hole at the centre of our galaxy. There are plenty more ferocious beasts out there in the depths of space, incessantly grunting at us using complex soundwaves 57 octaves lower than middle C. Take supermassive black holes NGC 3842 or NGC 4889. These behemoths approach the highest alert level in the universe, commonly referred to by astrophysicists as mark ‘Sharapova’.

If I’ve learned anything from working with NASA and the Olympics, it’s that we need to show impossibly strong women and black holes more respect. It was wrong of The New York Times to put the US weightlifting colossus, Holley Mangold in a blouse and make-up to show how vacuous and silly she actually is. We wouldn’t put dangly earrings and a coating of coral lip gloss on our black hole, so why do it to Holley? 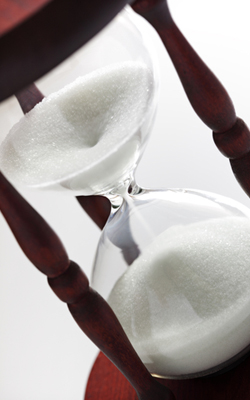 ALL clocks and timepieces stopped across Syria on July 15 at 18:07 local time, it has emerged.

Hilary Clinton and William Hague have been stating on a daily basis that ‘time is running out’ for the Assad regime – and with minutes counting down and Mondays turning into Tuesdays it was clear that this was no empty rhetoric.

But it has since emerged that the war-ravaged country has fallen into the grip of a temporal standstill and is now permanently stuck at teatime.

Foreign correspondent Carolyn Ryan said: “Despite the US and UK’s repeated insistence that President Assad’s days are numbered, his number of days now appears set to remain exactly the same forever.

“The atmosphere in Damascus is eerie. While it remains frozen at just past six in the evening, there’s no prospect of a sunset or bedtime – people haven’t been able to sleep for over two weeks.”

Professor Henry Brubaker of the Institute For Studies said: “It is not the first occasion on which, contrary to the solemn promises of Western leaders, time has actually stopped doing what time generally does.

“Take Zimbabwe back in 2008. We were told the same thing back then. Time running out for Mugabe. But the clocks stopped – it’s still 2008 there today. He’s still there.

“Political scientists have undertaken research for years to find out how these demented leaders do this.

“They’ve concluded that they must have some sort of a lever attached to a secret machine full of whirring brass cogs.”