Your Powerpoint Presentation Was An Embarrassing Piece Of Shit

THIS may seem like an obvious question at this particular moment but I have to ask it: What were you thinking? I mean, what in the name of Christ was going through your mind?

Don't get me wrong, it started off reasonably well. You were obviously trying to develop a theme, there was even a joke, albeit a weak one, to ease the tension after that fairly unpleasant team meeting.

But seriously, what were you thinking? After a mediocre, but ultimately acceptable introduction, you just went to hell.

At no point beyond the first three minutes did the images match the text. The graph you used was 15 years out of date and had absolutely nothing to do with the business we work in. It was as if you had gone through a time-warp and found yourself in the boardroom of a completely different company.

And what possessed you to include a photograph of Jason Donovan? Did you honestly think that was going to be funny? The finance director's eldest son was the spitting image of Jason Donovan until he was stood on by a cow. Every time he sees you he's going to think about his son, under a cow. You don't get over something like that.

As for your "animated" sequence, a half-wit child with a broken arm could have done a better job. If we were to show that to anyone outside this office they'd think we were a bunch of complete fucknuts.

Thank Christ you showed this to the directors before they let you loose on any of the clients.

You're fucked, by the way. You are sooooo fucked.

Middleton Calls For Abolition Of The Monarchy 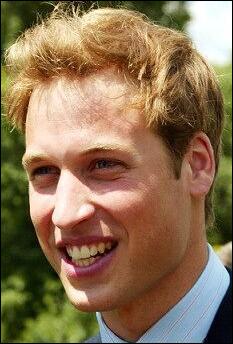 JILTED royal girlfriend Kate Middleton is to campaign for the abolition of the monarchy and the establishment of a British republic.

Middleton is to set up a grassroots movement calling for a new UK constitution and has already attracted the support of songwriter Billy Bragg and former Labour leader Michael Foot.

"It may look like the spiteful reaction of someone who's just been dumped, but actually Kate has been planning this for years," said Bragg.

"Everyone thought she was studying art history at St Andrews, even William. But actually she was really into radical politics and stuff like that."

An early draft of Middleton's campaign strategy reveals that she has nothing against the Prince and will "always care about him" but believes he is too "selfish and insensitive" and would "make a rubbish king anyway".

According to the strategy document: